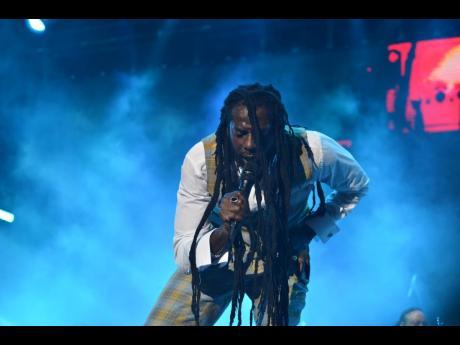 Buju Banton ... walked away with the $3 million prize and suggested that his charity Sunbeam Boys' Home, would be a beneficiary.

Buju Banton has won the 2020 Jamaica Festival Song Competition with his entry 'I am a Jamaican'.

Buju emerged the winner from a field of 10 finalists.

This year, there were more than 250 entrants.

The Grammy winner walked away with the $3 million prize and suggested that his charity would be a beneficiary.

WATCH: Buju's winning song, I am a Jamaican

"The true winner tonight is the Sunbeam Boys’ Home,” he said, upon receiving his symbolic cheque.

Papa Michigan, with Jamaica Dance was placed second, while one of the two female finalists, Sakina Deer, was placed third with We are Jamaica.

Buju Banton was one of the favourites on social media.

Other favourites were Nazzleman and Freddie McGregor, but neither made it to make the top three.

This year’s winners were decided by public vote and the competition staged as a virtual event because of the COVID-19.

Entertainment and Culture Minister Olivia 'Babsy'  Grange said she was satisfied to see the renewed interest, enthusiasm and display of patriotism.

"The success has provided us with the perfect springboard to soar to even greater heights," said Grange.

Earlier this year, she had revealed that the event was being rebranded to make it more attractive and to return it to its former glory.

The Festival Song Competition in Jamaica began in 1966 and was conceptualised to give Jamaicans a feel-good vibe at Independence time.

The winning Jamaica Festival Song is meant to be on the lips of every man, woman and child and a call to action at home and in the Diaspora.

The winning song is also meant to be the backdrop of the Jamaica Festival Independence celebrations.

Among the big winners in the past are: Toots and the Maytals, Eric Donaldson, Hopeton Lewis, Roy Rayon, Tinga Stewart and Nazzleman.