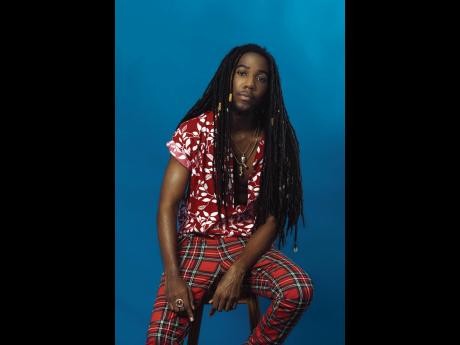 For just about everyone in the entertainment industry who attempted to start their engines in 2020, there was limited fuel to drive their creative vehicles to the places they wanted them to reach. But for a handful, there was just enough to roll out with the mission of making it to the next year. One such recording artiste, Royal Blu, never stopped “pushing the needle” with his unique sound and energy.

While Royal Blu has tapped in the mainstream consciousness for a couple years – ever since his Controlla Remix in 2016 and four years of venturing into the professional realm of writing and recording music – 2020 was the year he found his footing to press gas.

Royal Blu added, “I adapted quickly into what turned out to be an interesting year because I ended up getting a lot done musically. It was the year I got a lot of exposure despite the industry being on lockdown, it was a successful year for me.”

From January through December, the rising artiste and songwriter has several tracks worth mentioning including WYD (Wah Yuh Doing), which he anticipates releasing the remix for featuring dancehall deejay Quada; Hype, the 5Gs collaboration with Delicious Vinyl Island label mate Runkus, Kabaka Pyramid, Jesse Royal and Munga Honorable and most recently G. He was also featured on VP Records Dancehall Anthems album doing the cover of Leroy Smart’s Without Love, as well as on Sonovic Music’s Divine Majesty Medley project and Lutan Fyah’s Watch Ova Me, which is on the reggae veteran’s Touch Di Road EP.

The genre-blending Style and Pattern, though released in 2019, he said, also received a lot of attention.

“Judging from the plays and streams across digital streaming platforms, specifically on AudioMack, SoundCloud and Spotify the response has been amazing. I can say for this year about 70 per cent of streams were from Nigeria,” Royal he told The Gleaner, noting at the same time, “working with the likes of DJ Stamma on the No Suppressor mixtape also provided the energy as a commercial roll out of all the songs released, as well as a bunch of freestyles in the mix.”

The recording artiste and songwriter says he acknowledges that there are naysayers who do not believe in his sound or image. As it relates to the talk surrounding the ever-changing nature of the Jamaica’s local genres, he has expressed wanting to keep the same energy, despite criticisms. He said, “Since doing music professionally, there have been people who avidly tried to cause roadblocks on my journey. For me, I think what is important, is to always remember the roots, where we are coming from, and to pay homage to our legends, everybody who played a part [in] the evolution of our music. People will be sceptical about where it is going, but will still enjoy it.”

Royal Blu is not purposely trying to be part of the reggae revival “bandwagon”, it is more about, “expressing how people can switch it up which is what Runkus and I did with producer JLL for G on the Stagalag Riddim.”

The production of the beat came out of a conversation Blu and Runkus had when they were selecting ‘riddims’ for a freestyle during a sound system show over a year ago. He described the ‘traphall’ single with the old-school dancehall classic beat, as encouragement for people to keep their energy consistent throughout everything.

“It means so much more, but you know once you release songs it is not yours anymore, it is for the listeners to interpret. The idea I had originally for the title was Same Energy but when Runkus said to use G, it made sense because it signifies growth, mastering a unique style, showing reverence to God in a heavily Christian society … so many things.”

The music video is also a colourful depiction of art and life in the classroom and on the playground, shot on location at Royal Blu’s alma mater, Meadowbrook High School by director Fernando Hevia, and features cameos from fellow artistes Leno Banton, Naomi Cowan, Courtni, Zhayna France and Jamila Falak, among others.

For 2021, Royal Blu wants to break into the wider mainstream audience with his own style of multi-hyphenated genres, heavy on the fusion of modern sounds but with the skeletal percussion of reggae and dancehall.

“I have about three albums worth of music ready and waiting. I think I could survive another year in the virtual space of things though it wouldn’t be my first option, but I am a spiritual person and plan to focus on the positives as per usual,” he said.