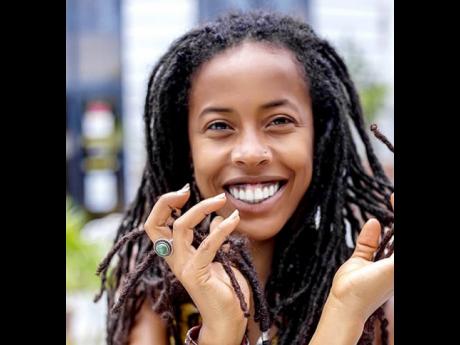 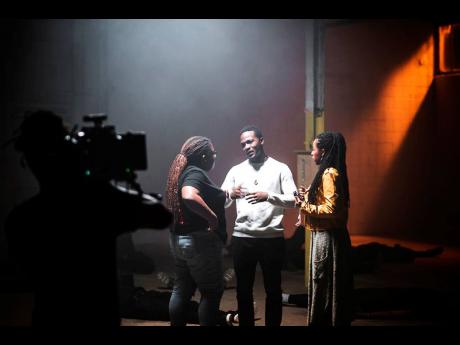 It starts out with the striking voice of literary and visual artist, Komi Olafimihan, articulating a poignant spoken word poem and sounds of panicked breathing in the background from the lead female played by Donisha Prendergast, whose sudden screams of “don’t shoot, don’t shoot”, followed by the shots firing, send chills down one’s spine. Then the words, “the scene changes so suddenly, straight out of nowhere police cars with silenced sirens circle the block”, literally transports the viewer to the horrid incident which inspired the short film written and directed by Kelly Fyffe-Marshall titled Black Bodies.

The incident, which involved the three creatives happened in April 2018. While leaving a home in Rialto, California, they were surrounded and detained for over half hour by police who responded to a 911-call from a resident about strangers, ‘potential thieves’, in the area which was later identified as another situation where anti-black racism was part of the reason for its occurrence. The film-makers moved at the speed of social impact, combining their individual talents and thoughts of their experience to start the work required to turn the trauma into a sonorous piece of art.

“Similar truths to ours are happening right now and when we concentrate on the word black, it is really a code word for African or African descendant, which is such a diverse experience. Meaning, a Jamaican black person is not the same as a black American because our cultures have become so different, so to understand that we have to tell our stories, no matter how long or short,” Prendergast told The Gleaner.

Not only was the film used to transform trauma into something tangible, it was a way for her and her colleagues to creatively respond and make a statement by documenting their voices she said, in anticipation that it could eventually reach the 7.8 billion people living in the world. The four-minute long film is set to make its US premiere at the Sundance Film Festival 2021 on January 28. This comes on the heels of its Canadian premiere at the 2020 Toronto International Film Festival (TIFF), where the film received the inaugural Changemakers Award, as well as being listed as one of Canada’s top 10 films for 2020 irrespective of its length. Prendergast, an actress and activist, says length is just a technicality; in making a film that has real social impact, one must consider the experiences and the purpose.

She added, “Our film has the capacity to be something bigger because the story continues. As Komi asks at the end of the poem, “what happens to the one left behind?” It is a lingering question as we often see instances of brutality, when a black man or woman is murdered, but then we hardly think about the outcome and impact on the families they leave behind. We remember why it is that we did it – it is a real situation going on in society on a day-to-day basis.”

It’s featuring on platforms such as TIFF and now the Sundance Film Festival is a direct indication that the film is having impact with its ability to expand the understanding, change perspectives and challenge individuals to act and respond.

“Normally, when we apply to film festivals, usually the back story is that there is no market for black content. Within the climate of the times it was pertinent for them as a film festival to be relevant and to be accountable to using their platform to share important messages. I would hope they would create a further space where dialogue can happen around the film, to be used as tool to instigate the hard conversations we need to have that do not happen very often,” she said. “The [film] industry also creates a space for the diaspora to interact and intersect (so) it is exciting that a film like this can have its debut at Sundance with most of the film-makers working on the project being black. It speaks to the fact that these spaces are opening up because they weren’t created by or for us. Black people are taking a greater role in film, not just behind the scenes but on camera and also as financiers. It is so important to be a part of documenting what is happening in the world because at the end of the day, it is what will outlive us.”