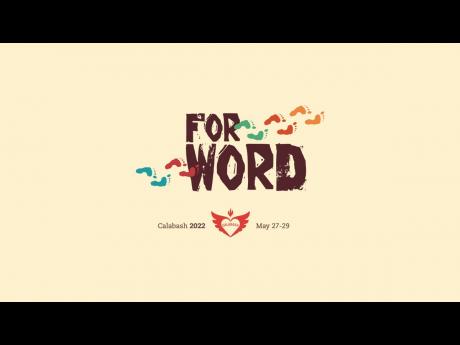 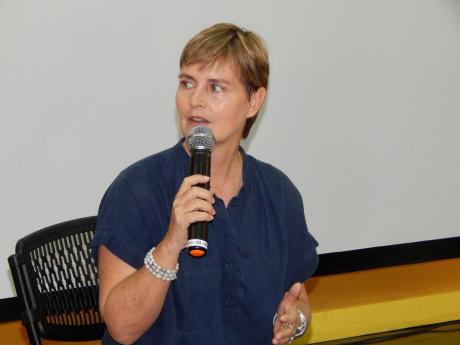 Michael Reckord
Justine Henzell, co-founder of Calabash, said the desicion was made in 2020 not to hold the festival virtually as the whole community of Treasure Beach plays a very big part in the festival weekend.
1
2

A snazzy play on words accompanied by the storied footprints in the sand of time are some of the elements that comprise the graphics for Calabash 2022, scheduled to be held from May 27 – 29. ‘For Word’, the theme for the Calabash International Literary Festival, has been the message since 2020, and one which undoubtedly takes on more meaning with each obstacle that stalls the move forward.

Held biennially at Jakes in Treasure Beach, St Elizabeth, Calabash, “the greatest little festival in the greatest little district in the greatest little country in the world” came to life in 2001. That was when Justine Henzell linked arms with two of her friends, a poet and a novelist, to realise a vision to bring internationally renowned authors to Jamaica. “Kwame Dawes, Colin Channer, and I had what we were told was a crazy notion, but Calabash has changed the literary landscape of Jamaica for the better,” an overwhelmingly proud Henzell shared with The Gleaner.

Her admission comes on the heels of the announcement that Calabash 2021 has been postponed, just like it was the year before. “We took the decision in 2020 that we would not do Calabash virtually as the whole community of Treasure Beach plays a very big part in the festival weekend. The camaraderie under the tent, friendships forged, the amazing energy the audience give the authors – those things are not possible to recreate virtually,” the Calabash co-founder stated.

She added that Calabash has always been welcoming and inclusive, and that was one of the factors in the decision not to host it this year, despite announcing 2021 dates of May 28 – 30, for the three-day event from June last year. “We don’t anticipate that we will be allowed to gather by the hundreds by the middle of 2021, and we would not want to turn anyone away. Neither would we want to put anyone at risk, especially not the people of Treasure Beach who open their homes to the visitors,” Henzell explained.

On its social media pages, the festival announced on Tuesday, “Greetings Calabash Family! We have taken the difficult but necessary decision to stage the next Calabash in 2022. So May 27-29, 2022, we will all meet and greet in #TreasureBeach for our ‘greatest likkle festival’.” Many ‘family members’ said they understood but expressed their disappointment nonetheless.

Henzell said that the Calabash brand has not been severely impacted by events of the past pandemic year. “Calabash is a wonderfully strong brand because we are as committed to our audience as they are to the festival. We are fortunate that our sponsors also understand the value of the festival and support our decision to defer until 2022,” she explained.

It has been given kudos by several overseas publications which have taken the ‘pilgrimage’ to enjoy the three-day literary fiesta. Conde Nast Traveller noted in 2014 that the event has become “a cultural mecca for readers and writers,” adding that “Calabash has been attended—and praised— by everyone from Wole Soyinka to Salman Rushdie, and has become a cultural pilgrimage for writers and audiences alike.”

Stressing the importance of the arts, and of course poetry festivals such as Calabash, especially in an era defined by a new normal, Henzell said, “All the arts are important. Any outlet for creativity and means of expression are critical during these challenging times, whether to express the pain or to bring relief through joy. The pandemic will subside, and the vaccines will make it safer, but I hope we will also have learnt to appreciate the things we have missed and never take them for granted again.”