All systems go for Jamaica Jazz and Blues Festival 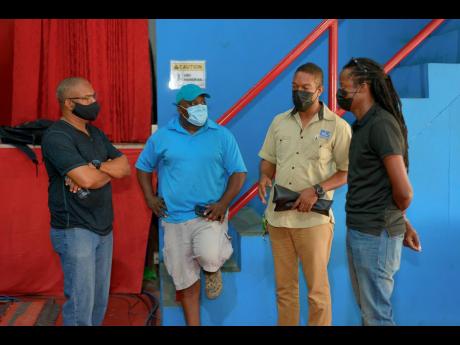 Contributed
From left: Rohan Amiel, Delroy Johnson, Roy Meikle and Gareth Daley discuss setup ahead of the virtual staging of the Jamaica Jazz and Blues Festival. The festival gets started tonight and ends on Saturday. 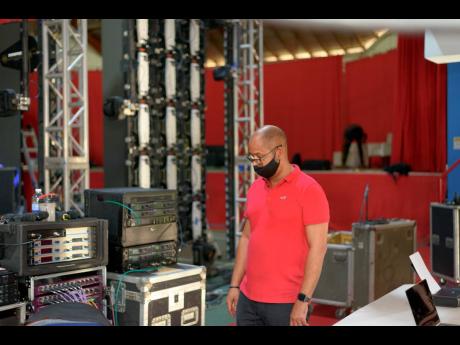 Contributed
Martin Lewis of the Jamaica Jazz and Blues Festival does final checks in preparation for the first virtual staging of the festival.
1
2

With the countdown clock now ticking away in hours and minutes rather than days, the organisers of the first fully virtual Jamaica Jazz and Blues Festival are excited and ready to go this evening.

Any jitters? "Yes," Marcia McDonnough of Touchstone Productions, the co-producer of the event, told The Gleaner. "Nervous and excited at the same time, which is not a bad thing. I'm not worried about the performers, or the hosts, who are all professionals, but you know there's this man called Mr Murphy," McDonnough said, referring to Murphy's Law.

Some 16-18 acts are expected to take to the event's virtual stage over three days, Thursday until Saturday, with the winners of the Band Quest Competition in full control this evening.

"The Band Quest this year gave us some fabulous performers. There are some new people who I never knew about, and they are so talented. There's Joe Davis, a 17-year-old, who plays 12 instruments. Then there's a flautist who plays jazz, and we also have a real rock band," McDonnough said, adding that they are all eager to give one-of-a-kind Jazz and Blues performances. The Band Quest was an open call for local bands to vie for a spot on the festival's opening night.

John Secada, Mortimer, Lila Iké, Sevana, Tessellated, Zia Benjamin, and Richie Stephens are some of the acts billed to perform on Friday and Saturday. The festival is making its return after a five-year hiatus.