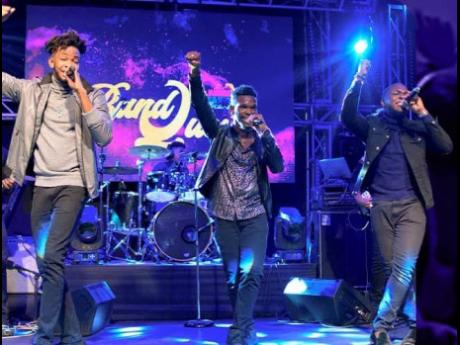 Contributed
The 8 Band opened the show and took command of the stage.

A high note from the winners of the Band Quest signalled the magical return of the Jamaica Jazz and Blues Festival after a five-year hiatus.

The organisers continued the tradition of providing a space for new and emerging artistes to showcase their talent, and this they did. Opening act, the 8 Band, a tight, versatile and smooth all-boy aggregation, took command of the stage and started their set with the Jackson 5 song Want You Back and flowed to Earth Wind and Fire’s September, followed by Maroon 5’s Misery.

They then changed up the notes and took it local with classics including Simmer Down by Johnny Clarke and Alton Ellis’ I’ m Still In Love. The group closed their set with their own single, Universal Love, which viewers loved. The members of 8, all past students of Jamaica College, received big nods of approval from the viewers for their on-point harmonies, great original music, and for playing ska as it ought to be played.

Making a dramatic entrance was Rayven Amani and Mission Driven, their energy high as they performed. “I am black without apology”, was their anthem as they set the Jamaica Jazz and Blues stage alight.

The theme for this year’s festival is 'Bringing Back the Magic'.