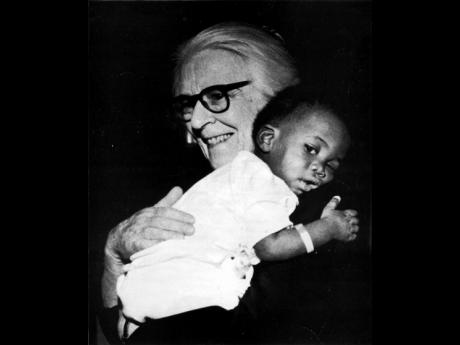 Dr Cicely Williams was not only Jamaica's first female doctor but also a pioneer of maternal and child health globally.

Dr Williams was always a caring, nurturing soul, and it was those qualities that led her to travel to the UK to pursue her medical career in 1916.

Williams qualified from King's College Hospital in 1923, at 31, and worked for two years at the Queen Elizabeth Hospital for Children in Hackney, specialising in paediatrics.

The Westmoreland native would go on to become one of the first female graduates of Oxford University, after which she travelled extensively, working in Jamaica, Ghana, Malaysia, Palestine, Ethiopia and some 50 other countries.

Williams spent several years on the gold Coast of Ghana, first working with the Colonial Medical services. She was specifically brought in to treat acutely ill infants and children, however, during her tenor, she was taken aback by the shocking rate of death and illness in the community.

It was from that experience that she was credited as being a leading researcher of kwashiorkor, an advanced form of malnutrition.

She developed a simple protein-rich feeding regime which, in time, saved the lives of millions of children in the developing world.

In 1948, Williams was made head of the new Maternal and Child Health (MCH) division of the World Health Organization in Geneva and later transferred to Malaya to head all maternal and child welfare services in South-East Asia.

In 1950, she oversaw the commission of an international survey into kwashiorkor across 10 nations in sub-Saharan Africa. This study found that the condition carried such a health burden that it represented "the most serious and widespread nutritional disorder known to medical or nutritional science.

In her years with the World Health Organization, she lectured and advised in over 70 countries and was influential in promoting the advantages of local knowledge and resources as key to achieving health and wellness in local communities.

Working in Jamaica in the 1950s, she was head of the team that identified the cause of ‘vomiting sickness’ and pointed to the consumption of unripe ackees as the cause.

Her caring hands and pioneering medical innovations would not go unrecognised as she would become the first female to receive the Honorary Fellowship from the Royal School of Medicine.

In 1968, Dr Williams was made a Companion of the Order of St Michael and St George and introduced to Queen Elizabeth II at a ceremony at Buckingham Palace.

At age 70, in 1964, she became an adviser in the training programme of the Family Planning Association. While in her 90s, Dr Williams was still an active speaker, giving speeches in Israel, Pakistan and Nepal.

In 1986 Dr Williams was awarded an honorary Doctorate of Science from the University of Ghana, for her "love, care and devotion to sick children".