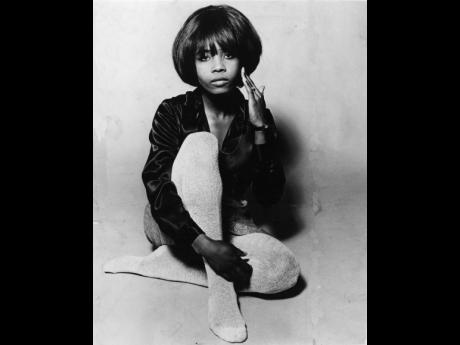 The Jamaican saying “We little but we Tallawah” personifies Clarendon-born singer and songwriter Millicent Dolly May Small aka Millie Small.

A true icon in her own right, Small was a pioneer, becoming the Caribbean's first international recording star, and its most successful female performer.

Blessed with a sweet personality and great sense of humour, Small attained international stardom following the release of her worldwide chart-topping hit 'My Boy Lollipop', which was recorded in 1964.

It was inevitable that the daughter of a sugar plantation overseer would go on to big things in the music business, after getting her feet wet when she won the Vere John's Opportunity Hour' talent contest at the tender age of 12.

Moving to Kingston to further her singing career, Small linked up with legendary record producer Sir Clement ‘Coxson’ Dodd of the famous Studio One.

Dodd was so impressed by her unique sound, that he teamed Small with singer Owen Gray, and the pair collaborated to create the local hit ‘Sugar Plum', propelling her into the limelight.

A plethora of productions would follow for Small, with her popularity bringing her squarely into the eyeline of Anglo-Jamaican entrepreneur Chris Blackwell.

Blackwell was convinced of her wider international potential and became her manager and legal guardian.

In late 1963, he took her to Forest Hill, London, where she was given intensive training in dancing and diction.

Her first recording in the UK ‘Don’t you know’ did not have the impact she had hoped for but Blackwell was convinced that Small had a big hit up her sleeve.

That big break came in 1964, when she did a remake of the Barbie Gaye song, ‘My Boy lollipop’. It was an instant hit.

The single reached number two in the UK Singles Chart, US Billboard Hot 100, and in Canada. It also topped the chart in Australia.

Her popularity was unwavering, and Small began touring all around the UK and the world, performing in places such as Singapore, Australia, New Zealand, USA, Brazil and Hong Kong and making television appearances on popular programmes such as ‘Top of the Pops’ in the UK and ‘Bandstand’ in Australia.

Small continued to perform up to the mid-1970s and even lived in Singapore during that time.

She would slow down in the ‘80s and ‘90s to raise her daughter Jaelee.

It was only fitting that the songbird would be recognised, and on August 6, 2011, on the 49th anniversary of Jamaica's independence, the Governor-General conferred on Small, the Order of Distinction (Commander Class) for her contribution to the Jamaican music industry.

Millie Small died on May 5, 2020 in London, reportedly from a stroke.