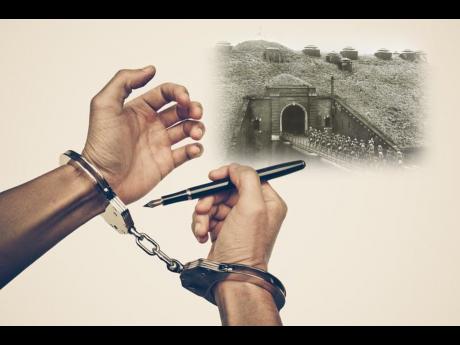 This week The Gleaner continued to call for the release of the contracts of Jamaica’s Commissioner of Police, its tax commissioner, and permanent secretaries. Pointing to practices overseas, the organisation makes a good point. The latest tack by The Gleaner is worth another look.

WHEN CRESSIDA Dick became head of London’s Metropolitan Police in 2017, she was offered a salary of £270,648, which was what was paid to her predecessor, Sir Bernard Hogan Howe. She decided to take 15 per cent less, or £230,000. Dame Cressida, as part of her package, is allowed a driver and motor vehicle but not housing. She is entitled to normal increments during the five terms of her contract.

We know this because it was widely, and publicly, discussed at the time of Dame Cressida’s appointment. Additionally, the British Home Office periodically publishes the salaries of the chiefs of the 43 police forces in England and Wales. Further, committees of the Commons frequently produce reports on the performance of these forces and the compensation of their members.

Here is something else we also know. Jim Harra, the head of Her Majesty’s Revenue and Customs (HMRC), is entitled to a salary whose scale in 2020 was £180,000– £184,999. These salaries are no secret. In fact, the pay scales for the five members of the HMRC’s executive committee are published. They can be found, among those for the 1,000 highest-paid UK civil servants, on the Transparency Data section of the website of the British Cabinet Office.

This information is published not to satisfy the inquisitive impulses of busybodies, but in support of an important principle: when public officials spend taxpayers’ money, they have an obligation to be transparent and accountable. The people whose resources are on the line are, thereby, provided with an opportunity to determine the efficacy of resource allocations. Even when citizens don’t agree with the decisions taken by those they mandate to operate on their behalf, transparency lends to the sense the actions were in good faith. That builds public trust.

That is why we are bewildered by the shilly-shallying of the Office of the Services Commissions (OSC) over the release of the contracts, or information relevant thereto, of the police commissioner, Antony Anderson, his recent predecessors, as well as Commissioner Anderson’s current deputies and assistants. We are perplexed, too, by the OSC’s contortions over the release of the contracts of Tax Commissioner Ainsley Powell and permanent secretaries.

As has been reported by this newspaper, the OSC, having denied The Gleaner’s initial Access to Information request, now says that it is reviewing follow-up inquiries to determine whether releasing the information would offend the provisions of the Access to Information regulations relating to exempt documents, the exemption of some content of documents, and whether access should be deferred. The OSC’s original decision was based, supposedly, on privacy considerations.

It is a month since the OSC first erected its palisade, which Prime Minister Andrew Holness, even if not forthrightly enough, said ought not to stand, especially with reference to the police commissioner’s contract. The national security minister, Horace Chang, agreed. This is the backdrop against which the Government is about to enter, or has entered, a new contract with Commissioner Anderson.

Not only should the PM have long ago found the “appropriate time” to ask his attorney general for guidance on the matter, it is also long past time for Marlene Malahoo Forte to have advised him, even without a formal request for her opinion, that the OSC’s position is untenable. Moreover, as a self-declared adherent to good governance, Mr Holness should be aware of the suspicion that is bred when curlicues are fashioned out of what should be straightforward matters.

The bottom line, however, is that taxpayers have a right to know how they compensate the people they employ and what are the performance criteria for that pay. When people take public-sector jobs, they ought to do so knowing that their contracts can’t be secret. If the Government pays some people ‘high’ salaries because that is required to attract exceptional talent, it must defend that decision and not hide the fact.There ought to be no embarrassment if public-sector employees accept salaries below what they might command in the private sector in order to give public service.

As we suggested before, in keeping with transparency, the Government should make public the salaries of all its contracted employees, the time frames of those contracts and the deliverables under them. This is part of the process of building public trust and enhancing good governance. Attempting to build Maginot lines against transparent is, ultimately, futile.