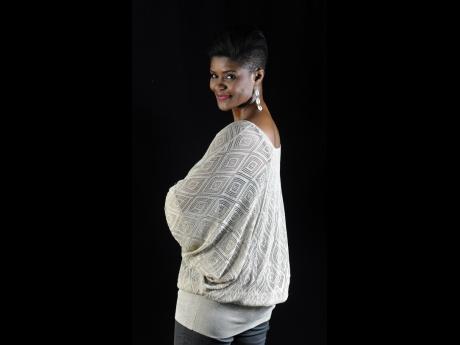 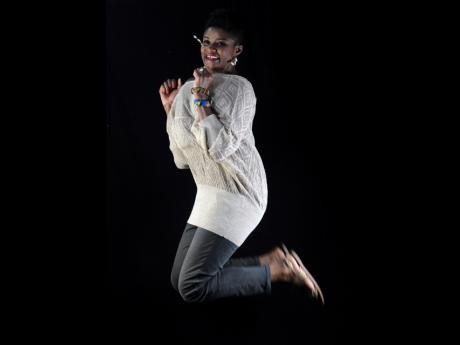 Ricardo Makyn
Isabelle Boni-Claverie has started a conversation on race that has gained traction in her home country. 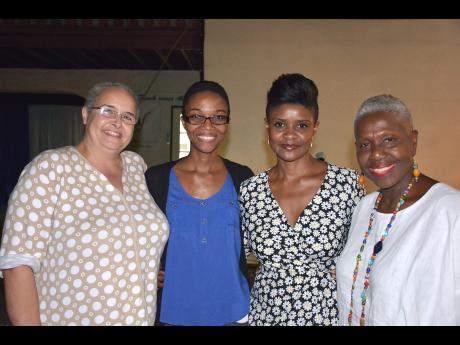 Contributed
From left: Chantal Hylton-Tonnes, Stefane Daley, Isabelle Boni-Claverie and Professor Carolyn Cooper at the recent screening of her film. 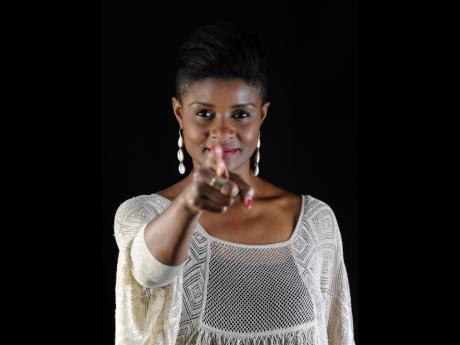 "I learnt that courage is not the absence of fear, but triumph over it. The brave man is not he who does not feel afraid, but he who conquers that fear." This is the Nelson Mandela quote which French-Ivorian writer, screenwriter, director and filmmaker Isabelle Boni-Claverie uses to describe her approach to trying new things in life.

"When I do something new, I'm always afraid," she told Flair. "But because I'm afraid, I know it's important, so I just do it."

The result of this seize-the-moment attitude is a life filled with powerful messages shared with the people of her homeland - France - and the rest of the world through her films and creative and journalistic writings.

"When I was a child, I wanted to be a writer," she states, adding: "By eight, I was writing little poems." After graduating from high school at 17, she wrote and published her first novel, La Grange Devoreuse (The Great Devourer). And after that? Boni-Claverie chuckles as she says, "I went on strike."

She wanted to pursue writing as a full-time career, but her parents objected because they didn't see writing as a secure profession. So Boni-Claverie stopped studying, refusing to go into any of the 'secure' career fields her parents suggested.

A compromise came when she decided on journalism. "My mother couldn't say no," she quips. "She was a journalist herself."

During those early years, she wrote for many literary and cultural journals, such as Planete Jeunes, Contemporary Arts, Joven Noir (she was in charge of the film page), and Afrique Magazine.

"I was always writing about culture," she notes. "All the publications talked about blackness." This increased her awareness of discrimination against her race in France. As her love for and desire to work in film increased, she observed an absence of blacks in French films.

Then she had an epiphany: why not turn her novel into a film? She contacted the only person she saw making films with black characters at the time - director and writer Claire Denis - and suggested this idea to her.

Boni-Claverie laughs as she remembers her audacity in contacting Denis. Even at that young age, she defied fear. To her surprise, Denis responded two days later. "She [Denis] said, 'Very good, but you should do it yourself."

With a wide, gap-toothed smile, her words tinged by a telltale French accent, Boni-Claverie explains why she hasn't yet turned her book into a film: "It was my first novel, I decided it would be my last film."

But she has made another film - a documentary titled Trop Noire pour etre Francaise? (Too Black to be French?), which was released to critical acclaim earlier this year.

Since then, her message of hope for equality in race relations in France has reverberated from televisions in her homeland; to hallowed halls of learning in Europe; to the streets of Africa, where she lived for some years; and to the shores of Jamaica, where her documentary was screened to an English-speaking audience for the first time.

Boni-Claverie says she chose Jamaica as one of the locations in which to screen her documentary because of the historical racial similarities with France, and also out of sheer curiosity.

"I've always wanted to come to Jamaica," she says. "I heard first-hand about Jamaica from a college friend while living in Cote d'Ivoire." Her friend Michelle Thompson, moved to Africa when her family migrated there from St James Jamaica.

So Boni-Claverie contacted the Alliance Française de la Jamaïque (AFJ) and offered to screen her film under their patronage while visiting the island. AFJ acting director, Stefanie Daley, was overjoyed.

"We set up the dates, and got the word out," Daley explains. "Of course, the answer was yes. There was no question about it."

Both women believes the screenings were successful, witnessed in the vibrant question-and-answer segments which followed the viewings. For Boni-Claverie, however, the greater success was in the promulgation of her call for open, honest dialogue about race relations in France.

"I did what I had to do and added to the conversation," she states humbly. "The new generation has started speaking up on these [race] issues. My hope is that in a few years, these films will no longer be necessary because blacks will be like any other citizen and get the same opportunities."

Looking back on the tragedy that befell her homeland a few weeks ago, at the hands of Islamic State terrorists, Boni-Claverie shares: "I would say it's a turning point. It's a big challenge, because we have to be extremely conscious of the reaction we give towards that event. The first reaction of the government is more security, but more security equals less private liberties."

Another challenge she identifies is possible stereotyping of and discrimination against persons of Middle Eastern descent, especially Muslims, "because now every Middle East person in France may be seen as terrorist, and this is one of the goals of ISIS - that governments will be so harsh on Muslims, they will (get upset and choose to) become terrorists."

She added, "We need more dialogue, to know the Muslim community better so there is less fear, more comprehension." And so she continues creating films and writing literature that she hopes will continue to push the message of respect and equality. If it is not achieved in her lifetime, then she hopes it will happen in that of her four-year-old twins.

"My children have only 30 per cent African blood," she shares. "I know that they will be considered as black. So I'm doing it for them, preparing them for a global world so they can choose their opportunities."

And what if the change is a long time in coming? "If France is not changing," she states simply, "they (her children) should go somewhere else. As a mother, I cannot accept that my children will be limited because of the colour of their skin." Not her children. Or anyone else's.