I did try — in the real sense! 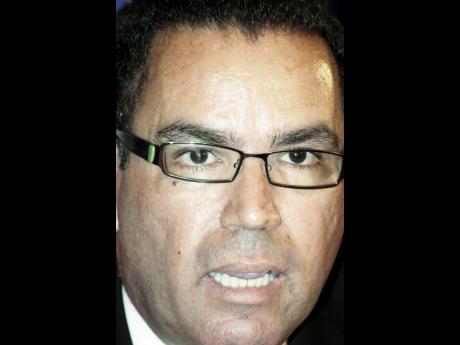 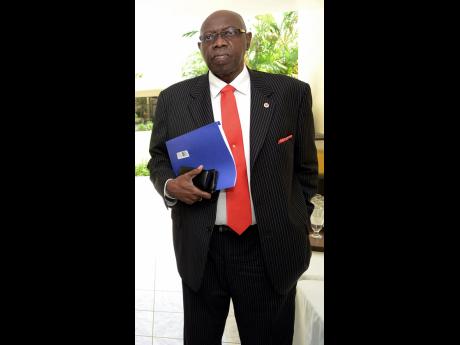 On Tuesday, October 27, 2015, in the House of Representatives, I tabled questions to then Minister of Health Fenton Ferguson surrounding the death of 18 babies at the University Hospital of the West Indies and the Cornwall Regional Hospital due to an outbreak of the klebsiella and serratia bacteria. At that same sitting, the minister told the House that another baby had died at the Cornwall Regional Hospital, bringing the number to 19. We also must not forget that 42 babies in total were infected.

As the minister did not adequately address these questions and refused to release the audit, I, without prejudice or malice, moved a resolution in the House on Tuesday, November 3, 2015, to "censure the minister for gross dereliction of duty, declare its lack of confidence in him, and recommend to the honourable prime minister that appropriate steps be taken to ensure that this important ministry of government is led by someone with the required competence."

The motion had no political motives. It was not to demonise the minister as he is now claiming. In any progressive, well-thinking society, it would not require an opposition legislator to move such a motion. That minister would have resigned, been sanctioned, or fired long ago.

Obviously, to pre-empt any debate on the motion, the prime minister, in protecting her minister rather than the people of Jamaica, reassigned Minister Ferguson to the Ministry of Labour and Social Security as the motion was not debated at the sitting of the House on Tuesday, November 10, 2015, although I was advised by Government House Leader Phillip Paulwell that it would have been taken on the 10th.

The resolution was long in coming due to Minister Ferguson's tragedy of errors in the:

- general mishandling of the health sector.

- his refusal to be transparent with the country on matters affecting the state of the health sector.

- his failure to implement timely preventative measures in the cases of the Chikungunya virus and the two bacterial outbreaks.

Take note of the chronological order and lapse in time in relation to the health audit, which became part of an apparent grand cover-up to deceive the Jamaican people into believing that the 19 babies died because they were premature and "not babies in the real sense".

- Minister Ferguson ordered the health audit to be carried out in July 2015.

- The health audit was received in late August 2015.

- Minister Ferguson addressed a media conference at Jamaica House on October 20, 2015, advising that he was only made aware of the outbreak on October 16, 2015, and was adamant that he would not release the audit.

- Due to mounting public pressure on the prime minister from civil society, the private sector, and the general public, the prime minister directed Minister Ferguson to release the audit on Friday, November 6, 2015, and later reassigned him to the Ministry of Labour and Social Security.

I ask whether even one of the lives lost could have been spared had the Cabinet also not been guilty of a cover-up, and instead, directed the minister to put the corrective medical protocols in place immediately.

Collective responsibility does not mean protecting incompetence. Ministers of government take an oath of office to be accountable and transparent in the execution of their duties. Not only should Minister Ferguson have been sanctioned, but Cabinet is as culpable.

Also, where were the voices of concern from the respective government agencies responsible for children's issues? Were they silent because the babies were "not babies in the real sense"?

The health sector faces serious challenges, but we should not accept dereliction of duty by any minister in any administration who pleads innocence about his knowledge of vital information affecting the sector. Obviously, the minister hoped it would be a nine(teen) day wonder.

The minister has faced at least two notable health crises, which could have been averted or mitigated if he had properly discharged his responsibilities, demonstrated leadership, and displayed sensitivity and intuitiveness.

In May 2012, a Caribbean subregional workshop was held in Jamaica "to raise the capacity of the health systems of Caribbean countries for the timely identification of Chikungunya outbreaks in the context of other epidemic-prone diseases such as Dengue". A 34-page document was prepared outlining the steps to be taken to prevent, cauterise, and manage an outbreak. One would have expected that minister Ferguson would have begun a sensitisation programme. He waited until two years later to inform the country that he had knowledge of the possibility of the outbreak, after denying that Chikungunya was here.

The irony is that chik-v first erupted in the minister's constituency of Eastern St Thomas, which he denied. That was no way for "parson to christen him pickney first"!

Should we have confidence in one who lacks credibility, whether in the health ministry or another?

The minister was forewarned by the former president of the Medical Association of Jamaica, in June about the unsanitary conditions at hospitals and lack of medical supplies also listed in the audit. Under pressure, the minister ordered an audit of the health institutions. We assumed that the recommendations from an important report that he commissioned would have been expeditiously acted on. The minister refused to make the report public, saying it would "stigmatise" some hospitals.

Aren't Jamaicans not entitled to know the truth? Because of his weak and ineffective leadership, we had another crisis where 19 Jamaican babies died of bacterial infection at two of our major hospitals.

Dr Ferguson has on occasion blamed the problems besetting our hospitals on the Golding administration's decision in April 2008 to abolish hospital user fees.

In 2007-08, the budgetary provision (net of salaries and allowances) for the four regional authorities that administer the hospitals was $2.2 billion. At that time, hospitals were collecting less than $1 billion, annually in user fees. With the no-user-fee policy in 2008-09, the provision was more than doubled to $4.9 billion, which more than compensated for the fees that would no longer be charged. That level of support was sustained and increased to take account of inflation so much so that the provision for 2011-12 was $6.5 billion.

This year, the health ministry received a $7.4 billion increase in its recurrent budget. Most of that - $6 billion - went to the Regional Health Authorities.

Part of the resolution

How much of that money has been spent on medical supplies? What is the competence level of the regional chairmen to hold such positions? Shouldn't the minister be held accountable?

Part of the resolution has been met by the ushering of the minister to another ministry by the prime minister. No, Madam Prime Minister! Failure, negligence, and ineptitude must not be rewarded. When you have messed up as badly as the minister has, the only honourable thing to do is step aside - not step up (as the PNP campaign slogan goes).

The prime minister has only given the minister another ministry to mismanage - with no concern for the poor - this time not premature babies, but poor old pensioners.

What skills does Dr Ferguson bring to deal with industrial relations; labour market reform; the NIS, which is facing a looming crisis where pension payments are now running ahead of contributions?

Let history record that I moved a censure motion against the minister for gross dereliction of duty but was denied debating it! No generation after should be able to say that 19 Jamaican babies were allowed to die and legislators didn't even bother to take action. I did try in the real sense - as all babies matter!

- Daryl Vaz is Member of Parliament for West Portland. Email feedback to columns@gleanerjm.com