A vote is a positive statement of personal support for someone or something. A vote is NOT an enforced choice between two evils. A vote is your personal right, NOT duty or obligation.

No citizen should EVER be made to feel he/she must support something or someone he/she doesn't support (or, worse, conscientiously opposes) or somehow lose his/her rights as a citizen. If I must lose my right to criticise whichever government 'wins', that government must lose its right to impose taxes on me.

In this upcoming election, two previously rejected prime ministers are competing for our vote. So, we're being asked to positively confirm we are (or were) fools. Seriously? And we wonder why young, intelligent voters, having escaped infection by the 'born PNP/JLP' virus, despite a bacteria-filled environment making KPH appear sterile, are excluding themselves in droves? They KNOW their votes are wanted, NOT respected.

Alongside what I expect to be a majority of Jamaicans of voting age, I won't cast a vote in the next general election. Why? Let me count the ways. I won't be led by the nose like a performing seal by someone who plays political tricks with as fundamental a national event as an election date.

If I must hang around with my mouth open waiting for Portia's 'Master' to touch her before I'm to know when I'll need to be present to vote, she must wait, equally agape, for my 'Master' to touch me and tell me to vote. Until there's a constitutionally entrenched fixed election date, I decline to positively support (vote for) this arrogant disrespect for citizens' votes. 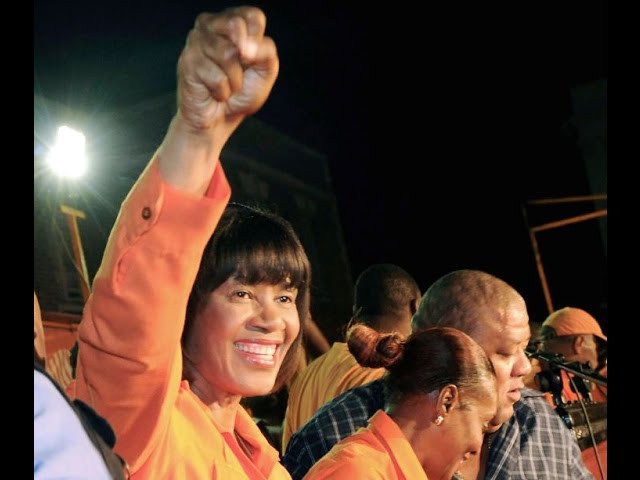 Together with the majority of Jamaicans of voting age, I refuse to allow my positive statement of support (vote) for a candidate for Member of Parliament (MP) to be perverted and abused so that it registers as my personal, positive support for that candidate's party leader as PM. That's disrespect for my vote. I shall withhold my vote, as I expect the majority of Jamaicans of voting age will also, until I'm allowed to vote directly for the PM of my choice.

I, along with the majority of Jamaicans of voting age, shall withhold any positive statement of support (vote) until my vote for an MP can't ever be perverted and abused to mean I support that candidate to be appointed a minister, with the certain result that his/her ability to represent my constituency is devastated. For example, I believed every Jamaican was so disgusted at recent events that we would insist that NEVER AGAIN could an MP with a public duty to represent every single constituent be eligible to be defence minister. Surely, every single Jamaican has learned THAT lesson from the 2009-10 events surrounding Dudus and Tivoli Gardens?

Using my vote for MP to impose a minister on me is disrespect for my vote. To use my vote to create such abominable conflicts of interest is arrogant contempt for my vote.

I, along with the majority of Jamaicans of voting age, will continue to withhold any positive expression of support (vote) for a system that perverts my vote to give ONE PERSON, for whom neither I nor any other Jamaican (save for selected party 'delegates') has voted, the right to appoint 13 or eight senators. These appointments are purportedly expected to protect citizens against possible corrupt or unconstitutional legislation but are really appointed to act as party hacks or resign. That's disrespect for my vote.

Why would I and the majority of Jamaicans of voting age vote to perpetuate a system placing the PM as Queen Bee in a hive of drones with no ability to hold the Queen accountable except by a decrepit, weak judicial system forced to accept funding and other directions from the Queen Bee? That system is constipated by underfunding, massive backlogs, atrocious working conditions (including minimal security) and salaries for judges. That's disrespect for my vote.

I will NOT be cowed, bullied, frightened, shamed or threatened into voting for pot or kettle in a system ensuring political dictatorship for five years without a smidgen of accountability. I won't participate in a sick, insidious conspiracy towards totalitarianism whereby media can be banished from covering certain parliamentary activities by parliamentarians FOR WHOM I CAST MY VOTE.

The express purpose of parliamentary committees is to ensure greater transparency, yet secret sessions are conducted and our media, whose 'freedom' is a joke in Jamaica, meekly obey and continue to report every bit of stupidity foaming from every candidate's mouth until the Big Day. Why would I vote for an MP just for him/her to conduct my business in secret? WHY?

The reason you're being told voting is your civic duty is because those selling that brand of manure, namely, PNP/JLP and surrogates, need you to vote. Although each side would prefer you vote for it and not the other side, they don't really care, so long as you vote. Why? Because they know that under our system of governance, it's today for me, tomorrow for you.

They WILL get their chance to rape and pillage government coffers for personal and family gain. They WILL have the opportunity to lord it over the rest of us by driving brand new SUVs; living in big houses with continuous water and light; and travelling first-class worldwide to wave flags, visit ancestral homes, and shell dung nightclubs. But, in order to keep that lifestyle protected for both sides, they need YOU to vote.

Why's that? As proponents of the 'non-voters-are-traitors' philosophy will argue inanely and persistently, whether you vote or not, somebody must win. Based on that warped premise, they conclude triumphantly, "So, better you vote. At least you'll have a say."

No, my vote gives me NO SAY. It gives our indolent, uncaring, narcissistic politicians, brainwashed by decades of Westminster into believing in their entitlements, the right to run roughshod over us for FIVE MORE YEARS. It gives them legitimacy so they can go, cap in hand, without consulting us, to their fiscal Master and seek monstrous loans for our grandchildren to repay. Your vote is a positive statement of support for, and legitimises, all this crapola.

Now, I'll answer the question, how does not voting help?' Elementary, my dear Watson. The reason this argument sounds attractive is that, over the years, not voting hasn't helped. For a long time, there was no significant abstinence but, in the last two elections, the phenomenon has raised its ugly head with little or no effect on governance. It's early days yet and we've not been doing it right.

Individuals have been staying at home out of disgust, malaise or fear. They've been quiet about it. Unless somebody scrutinises the statistics, nobody would notice. It's time for non-voters to organise. There's nothing arrogant politicians fear more than organised protest. Remember 'gas prices will NOT be rolled back'?

Non-voters, make your voices heard at home and abroad. Have a list of demands for fundamental change that'll encourage you to return to the polls. Make it pellucid to our fiscal Masters that whoever 'wins' will be a minority, illegitimate government who'll find governing difficult if not impossible.

The Masters will touch whoever wins and force fundamental constitutional change so their cash is safe. We'll also benefit.

If you believe, you'll make it happen.