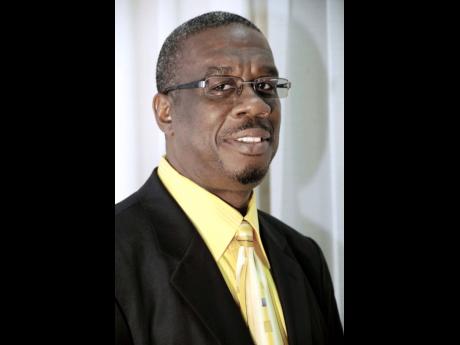 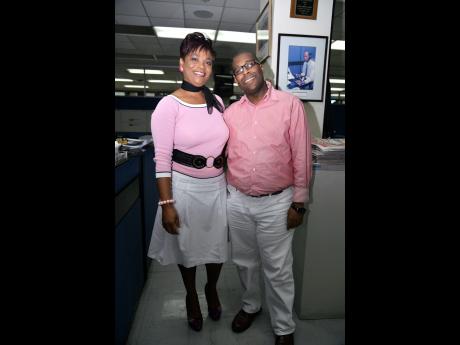 Tell me what bit of news story, broadcast or written, can be a bigger one than the stories the families of GWS and GWS have to tell their children and each other? No, not the Golden State Warriors. Their loss to Cleveland Cavaliers can be recouped, and in any event, the Warriors are actually GSW.

Yet no one in the media fraternity and the areas touched by Glenroy Wayne Sinclair (Sinco) and Gary Wayne Spaulding would deny that we lost two of our greatest soldiers.

The trauma began a year earlier when Sinco went past death's door and spent a long time in the backyard of Anubis. His friends and family know, but Sinco went into the afterlife and came back in 2015. Then, after time-pedalling him for 365 days, death sneaked up on him and wrestled him from the grasp of those who prayed for him and tried to bargain with the Grim Reaper to extend the moratorium on his life once more.

It was particularly heart-wrenching for me because I was vicariously there physically and was kept abreast from the moment he collapsed to when the dreaded pronouncement reached my phone early Saturday morning.

Then, after spending the entire weekend commiserating at home, part two of the horrible saga was premiered on Monday. Gary was found dead, and from the forensics, might have died around the same time as Sinco.

Both men were on the top of their game and had few, if any, peers in their areas of specialisation.

Sinco was a quiet warrior, not one for public hype, and easily passed in a gathering of media personnel or some cocktail. But when he gave you a crime story, it was factual and honest. Indeed, one sometimes wondered if he was actually there as the event unfurled. Of course, when he wrote the credible story of the rape of the decade, we knew he couldn't possibly be there. However, it was so riveting and humane that we all understood that whatever the celebrity stature of the assailant, there was no cure for the victim, but Jah never sleeps.

Spaulding was hard to pass, and when he opened his mouth, you immediately knew it was him. I amusingly referred to him as one of the three radio personalities with a newspaper voice. The other two are reading this now. Anyway, Gary had a vocabulary as large as his Kingston College pride, and he corrected me on more than one occasion when he was my producer on RJR94fm's Hotline and from time to time.

Yup! Both men kept me humble despite my academic cockiness, and I had enough sense to bow to the authority of wisdom and knowledge from these two men, whose sagacity reminded me that facts are the purview of everyone and not just us arrogant people who think that we can run roughshod over hardened journalists.

For me, as I mourn the sudden passing of these two 'bredren', I can honestly say that both knew that I thought highly of them. Importantly, my conscience is clear that I have never knowingly, if at all, disrespected them. Therefore, I don't have to do the plastic platitudes and the forced smiles and alligator tears. No, I mean alligators because many of whom are doing the cosmetic grieving are as genuine as alligators in Jamaica (only crocodiles live here). Never mind the "made in China" stamp neatly hidden in their forced obituaries. How many of us can honestly say that Sinco and Gary knew that there were friends who meant them well.

Let us make note, Gary was at the hospital in vigil and giving support to other colleagues and his relatives while his friend was battling for life at the Kingston Public Hospital. Lesson from this: Gary was being a bredren to his friend even as he himself was being stalked by the Reaper. Gary died showing us that we must have compassion for each other.

The Sinco and Gary I knew would be smiling at this column, with the latter shaking his head and saying, "You can't help yourself. KC influenced you as a Georgian and yuh brave." However, my two friends would want me to exactly call a spade a spade.

This is not a tirade against anyone. Rather, it is a reminder of the fact that first and foremost, we are humans and our brother's keeper. If we work in a small country, industry, office, department or section, we encounter not posts or positions, but people. No story that we cover or discuss is more valuable than the person who works with or adjacent to us. And we must take time to demonstrate not just in speech, but in actions, that the living, breathing person writing it and who shares studio or page with us is important. An obituary or post-mortem tribute is nothing more than an attempt to settle one's conscience if we were not kind to the departed while they were on the north side of the Earth's crust.

As a press association, we are very concerned about the journalists in other parts of the world as Reporters Sans FrontiËres (Reporters without Borders) complain that many of us globally are being murdered or work under dangerous conditions. Indeed, many of us are members of service clubs or do the 'community outreach' at strategic times and massage our consciences regarding our 'charities'. However, as corny as it sounds, charity does begin at home, and we need to be better to each other daily and while we are alive. We need to widen our scope and look to broader issues of our collective welfare and how we treat the weak among us.

True, we might be concerned about the trade union status of the association; however, we have to first determine that underlying the issues of employer-employee relations must first be a deepening of the sense of brotherhood.

By the way, bet no one noticed that their middle name 'Wayne' appropriately means wagon-maker. Nuff said! Peaceful journey, Sinco and Gary.