Orville Taylor | The enigma of Castro and Cuba 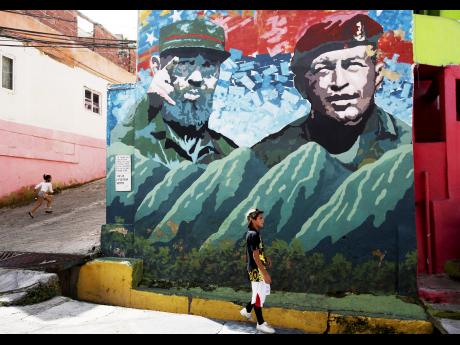 AP
Boys play near a mural of Fidel Castro (left) and Hugo Chavez, late president of Venezuela, in a neighbourhood of Caracas, Venezuela, on Saturday, November 26. Chavez found kinship with Castro in his rhetorical and political fight against United States imperialism. 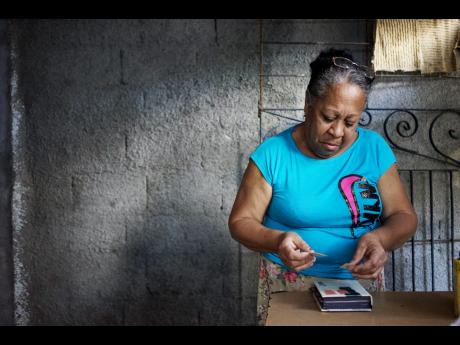 AP
Nancy Belcourt looks at family photos in her home in Santa Clara, Cuba, on November 30. When Belcourt was a girl, two of her uncles fled their home in the central Cuban countryside to join rebels fighting a counter-revolution against Fidel Castro. Her father never forgave Castro for the killings of his two brothers, but when Belcourt's neighbour told her Castro was dead, there was only a tiny sense of surprise and then wonder: What next?
1
2

So, the 'worst leader the 20th to 21st Century has ever seen' had died. Described as a big dictator in halting syllables, Fidel Castro Ruiz, presidente de Cuba from 1959 to 2008, has gone on to meet his Maker. Well, actually, he, as far as I know, doesn't believe in God or heaven or hell. And since believing is knowing, the 'Christians' who are rejoicing in his death won't see him.

As a teenager growing up in the 1970s and a young man in the 1980s, Castro was either the devil or the saving angel. On the one hand, the man with whom Michael Manley ascended the mountain in 1974 after declaring democratic socialism to be the official doctrine of the People's National Party was giving us much-needed help after the oil crisis that crippled the world economy. The Cuban government offered myriad scholarships to not only study to become brigadistas, but doctors and other well-vaunted occupations and professionals. Then came the schools. Jose Marti in 1977, Garvey Maceo in 1980, and the pivotal G.C. Foster College of Physical Education and Sport just before the PNP lost later that year.

But the Cubans were all over the place in the 1970s. On the beaches in their army trucks. In downtown Kingston. And they even had an obtrusive and officious ambassador, Ulises Estrada, who seemed to be meddling in our local politics.

But we also felt the support of the Cubans in the struggle against apartheid in southern Africa. While the 'democratic' West stood by while millions of Negroes were dying under oppression in Africa and South Africa was attempting to spread its evil racist empire across its neighbours, it was Fidel who was brave enough to send troops to liberate Angola and the rest of imperilled African nations.

Despite the stories of Cuba being a big 'prison', like China and other communist countries, many of us truly 'non-aligned' youth felt a kindred spirit for our Cuban 'colegas' and 'compadres' . After all, a little nation like ours, 90 miles away, so close that we could hear and smell their flatulence as they fought against apartheid with us, was going to eventually help Nelson Mandela to be free. Remember, it was Jamaica, a small colony in the 1950s, that first initiated the symbolic trade and political embargo on South Africa.

And while we couldn't understand why Castro didn't have free and regular elections or a free press, I couldn't fathom why the democratic West supported so many murderous dictators in the hemisphere. These include Somoza in Nicaragua, the Duvaliers in Haiti, Pinochet in Chile, and countless others. Then it hit me that the difference was not only that Castro was communist and was literally at the doorsteps of the United States, but as we say in Jamaica, "Him either thief or kill America white fowl."

You see, Cuba was under its own America-imposed embargo because Castro nationalised scores of American interests without compensation in 1960. By 1962, the blockade was complete because of allegations that the then Soviet Union was planting missiles on Cuban soil. Until President Barack Obama wisely attempted to normalise relations in 2014 and opened an embassy in Havana last year, Cuba was in America's trade wilderness. Yet, unlike Jamaica that wilted under the reduction of aid and trade in the 1970s, the Castro regime stood up as if it took something to maintain constant election success and Fidel slid the baton into the hand of his brother. Nonetheless, there is an untold story here.

I lived in Miami for a few years and noticed that the majority of Cubans there were 'blancos' (whites). This includes Hermanos al Rescate (Brothers to the Rescue) who take boats and yachts all the way to the outer limits of Cuban territorial waters to provoke the regime and possibly to rescue 'refugees'. Despite my wry humour that the blacks did not go on the vessels because we learnt harsh lessons from history when white men offered us boat rides, in the 1700 to 1800s, there was something discomforting about the racial composition of the anti-Castro Cubans from a country whose population is 65 per cent white.

Cuba was a major repository of Africans and was a black majority country up to World War I. In the first few decades of the 20th Century, the government spent more than US$1 million to actively encourage white/European immigration in a process of whitening, called blanqueamiento. By 1958, under dictator Fulgencio Batista, white Americans owned $1 billion in Cuban bank deposits. Other interests include 90 per cent of mines, at least 80 per cent of public utilities, equal shares in the railroad, and some 40 per cent of its sugar industry.

Cuba was a classic case of gross domestic product (GDP) and economic growth being insufficient indicators of progress, because poverty, illiteracy and social marginalisation were rife in a country that only abolished slavery in 1886. And the poor were blackest.

Try as you may, Cuba is an enigma. With a GDP per capita of US$10,000 annually, slightly better than our US$8,800 but dwarfed by the American US$55,800, it has managed to eliminate absolute poverty, illiteracy and reduce infant mortality to ridiculously low levels. Its life expectancy is 79 years, and its doctor-patient ratio is one of the best in the world. And a flawed version of its free health-care system was adopted as Obamacare, although it is soon to be trumped. Cuba's human-development index reached as high as .78 under the embargo.

Of course, there has been limited press freedom, no free elections in six decades, and numerous human-rights violations, and thousands of political inmates. But let us count the number or percentages of such prisoners in China, Vietnam, Saudi Arabia and even the Holy Land of Jesus' birth, Israel. None of these can pick the mote out of Cuba's eye. Yet Uncle Sam has full and deep relations with them all.

In 1953, Fidel said, "La historia me absolvera" (history will absolve me). Sociology might yet absolve him, but not now. However, few benevolent democratic leaders have a record or legacy of improvement of their peoples' lives as he.