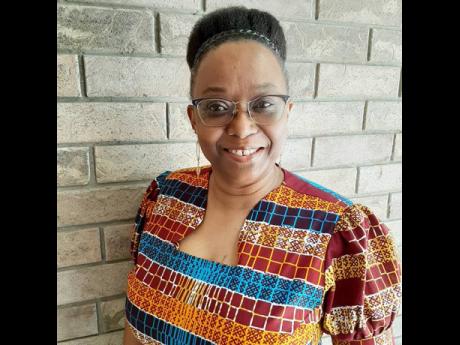 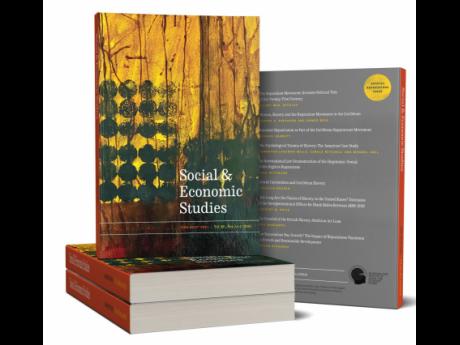 The scholarship on reparation for colonial atrocities is growing. The latest publication is Social & Economic Studies Vol. 68:3 & 4. This week’s “Reparation Conversations” a collaboration between The Gleaner and the Centre for Reparation Research, is by Michele A. Johnson, who summarises the articles and provides her own contextual comments on the launch and the rationale for the movement.

For the estimated 12.5 million Africans wrested from their homelands, enslaved, transported in horrendous conditions in the belly of ships across the Atlantic Ocean, and deployed as units of labour by the Europeans within the plantation complex, and their millions of descendants who became the backbone and lifeblood of the Americas, the time for reckoning with this appalling crime against humanity is long overdue.

Legally categorised as chattel – moveable, inheritable property – the enslaved peoples across the entire hemisphere provided an enormous amount of unpaid labour in every possible aspect of economic activity. It was upon their backs that industries were built – from which they did not benefit; it was their hands that constructed the impressive legislative buildings wherein laws were crafted for their subjugation; it was they and their children (to whom they had no legal claim) who created the musical, culinary, and incredibly creative cultures that their oppressors would initially try to silence and then exploit.

As this volume makes clear, while these ideas for restitution are not new, they have taken on greater urgency in the last decade. It is from these histories and their legacies that the contributors to this volume collectively argue that the call for reparation can and should be made.

Guest editors Hilary Beckles, Verene Shepherd, and Ahmed Reid begin with a comprehensive overview of the historical forces that resulted in the decimation of the region’s indigenous peoples, the enslavement of Africans, the indentureship of Asians, and the underdevelopment of the region, and they discuss the history of the movement for reparations.

Beckles’ chapter provides critical details about the historical context of enslavement in the Caribbean and ways in which Europeans benefited from chattel slavery. It outlines the growing political recognition and organisation around the need for reparations and focuses on CARICOM’s Ten-Point Plan for Reparatory Justice, which emphasises societal and regional redress and removes us from the caricature of individual compensation, which is often launched against the movement for reparations.

With their foci on the labour, abuse, and resistance of enslaved women, as well as the benefits that accrued to women in the enslaving classes, Shepherd and Reid continue the project of unsettling any assumption that either the experiences, sacrifices, or the gains extracted from the foul system of slavery was limited to men. Using the data in the British Claims for Compensation, the authors provide fascinating details about the significant compensation paid to individual women on the loss of their enslaved “property” at the time of emancipation.

Rejecting any notion of these enslaved people as “property”, Samantha Longman-Mills, Carole Mitchell, and Wendel Abel discuss the acute stress, deep despair, and inter-generational trauma undergone by the enslaved (particularly in Jamaica) and point to the humiliation and violence inflicted by enslavers who developed what they refer to as the “European psychosis” of white supremacy. They argue that four hundred years of historical trauma require more than individual therapy – rather, a public apology, economic reparations to aid in the alleviation of economic hardships, and an acknowledgement and recognition of the suffering of the enslaved and their descendants are all part of the reparatory formula.

For those who would reject the notion of a need for reparations with the claim that the transatlantic trade in enslaved Africans was “legal” when it was carried out, Nora Wittman’s contribution to the volume challenges what she calls “the hegemonic denial of the right to reparation”. Arguing from a foundation of international law, Wittman concludes that “transatlantic slavery was illegal from its inception” and the violations and horrors that it visited on people of African descent can be redressed by “restitution, compensation, rehabilitation, satisfaction, and guarantees of non-repetition”.

In another close examination of legislation that could and should be related to the question of reparations, Kris Manjapra discusses the enduring legacy of the Slavery Abolition Act, which granted £20 million compensation to enslavers for the loss of their “property” by incurring massive public debt. It was only in 2015 that the loan (which continued to benefit the holders of the bonds) was finally redeemed at a cost of more than £218 million paid by taxpayers – including Caribbean migrants and their children in the UK who were descendants of the enslaved. Manjapra argues that the Abolition Act “perpetuated a crime against humanity through its very enactment” as well the additional years of labour extracted through Apprenticeship.

The means by which repair might be effected has also been addressed in this volume. Addressing British universities, Nicholas Draper argues that it is necessary for those institutions – many of which benefitted from African enslavement – to launch comprehensive research programmes to examine the links between founders and benefactors, the universities themselves, the faculty or academic staff, and the students, with the benefits of slavery.

In a close analysis of the advocacy by groups including the Ethiopia Africa Black International Congress (Boboshanti), the Twelve Tribes of Israel, and the umbrella organisation of Nyahbinghi (who have sued Elizabeth II and the Jamaican Government to obtain their support for repatriation), Michael Barnett examines the role of the Rastafari movement in their agitation for repatriation as a means of restorative justice as well as psychic and spiritual healing. Barnett also argues that repatriation has the potential to be a redemptive strategy, an ideological pillar for pan-African identity, a source of strength for oppressed and marginalised people, and a means of constructing cultural and political identity.

Stefan Richards analyses the possible impact of financial reparations for the economic growth and sustainable development of the Caribbean. Richards uses the impact of “official development assistance” (ODA) to measure the effect that reparations might have on the region. Arguing that “aid is always effective in the short term,” and taking disastrous examples of misapplied aid into consideration, Richards turns his attention to the “plausible heterogeneous nature of reparation payments” from different donors into a range of areas and argues that if carefully planned and applied, reparations can lead to sustainable growth and development.

These articles offer a great deal of content, innovative scholarship, and cogent argument. There are also reviews of Alfred L. Brophy’s Reparations: Pro and Con (2006), Ka’Bu Ma’at Kheru’s Making Kenke from Memory (2017), and Anna Lucia Araujo’s Reparations for Slavery and the Slave Trade: A Transnational and Comparative History (2017).

This is an important and timely compilation that is sure to make a profound and significant impact on the scholarship on reparations, and more widely, on the global histories of people of African descent.

Given the incredible benefits that accrued to those who exploited the unpaid labour of enslaved Africans and their descendants, the violence that was visited upon the bodies and minds of people of African descent (both to extract their labour and to try to control their inherent desire for and determination to achieve freedom), the dreadful carnage and intergenerational damage that was inflicted upon the enslaved with enduring and appalling legacies, surely an accounting must be made of this immense crime against humanity.

- Michele A. Johnson, professor in the Department of History, York University, Canada. Send feedback to reparation.research@uwimona.edu.jm.