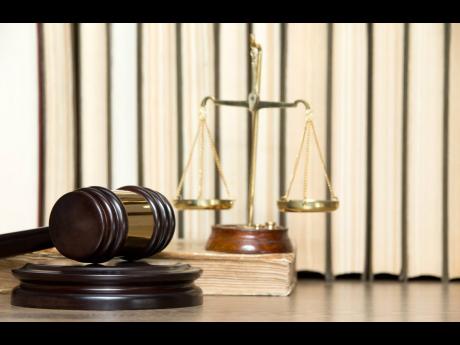 About 40 years ago it was my observation that the judiciary, many of whom were baring their faces as sons and daughters who looked like the majority of our people, that is, black-skinned, were much too anxious to persecute poor black-skinned people before any thoughts of prosecution.

I may have been abysmally wrong in my observations and assessments. I may have misread and placed too much importance in what I believed the black judiciary ought to have seen as the highest import in their profession, a bias to upset and fix the one spanning the days when the white plantocracy dictated the laws and the foreparents of our present-day black judges were scullery maids and farm hands.

That, of course, would be crazy. A set of laws cannot begin anew with biases skewed 180 degrees. In plain language, I believed that the black- skinned judiciary had been socially ‘selling out’ poor black people because they believed most poor black people, guilty or not, were potentially lawbreakers.

In the early days of the states of emergency (SOE), senior sources in the Jamaica Constabulary Force (JCF) had been consistently telling me that once they identified and detained those who were gang leaders, gun activity in the connected communities saw significant decreases.

I would always ask them where is the hard evidence to bring these young men to book. “We know them, the community knows them but no one is willing to come forward to assist us. The fear factor is very real,” one superintendent told me about three years ago.

What the superintendent was in fact telling me was that the states of emergency in troubled communities gave them ‘breathing spaces’.

Unfortunately, much of that breathing space did not include added time and opportunity to complete hard-nosed and expert investigations to nail suspected perpetrators of vicious crimes to the wall.

In a country like Jamaica where the fear factor in completing police investigations is high from all angles, not only can successful investigations be expensive but many times it suits the investigators to shut down cases deemed not major or important and concentrate on those considered within reach.

Many in the nation were recently peeved that a man who pleaded guilty to possession of a gun and ammunition was given nine months for the charge by a parish judge. According to the police, the man is an alleged gangster. The chief justice impressed upon us that there is no such charge as ‘alleged gangster’.

Here is a situation where the chief justice is actively seen as protecting the interests of those considered the least among us, but too many of us are taken up and fed up and plainly mad and scared of violent criminality to be that much too concerned about the social and legal nuances in what the chief justice is explaining.

As far as we are concerned, let us all hang ‘em high, leave the noose there for all to see and hope, yes hope, that we all become a better people next year.

The couple arrived two weeks ago and immediately the hostess sensed that something was simply not right. The woman was in her 40s and willing to talk to the other three guests in the small and comfortable Airbnb unit.

Not so her male partner, about in his early 20s. She was British-Jamaican and he was very obviously urban Jamaican. On the second night they had a fight. Not a fight as in how Americans would describe a war of words. The youngster allegedly grabbed her by the neck and she struggled away begging for the host to intervene.

The third night was okay. On the fourth day the youngster reportedly demanded that she purchase an iPhone for him. On the fourth night he was allegedly at her neck again. The lady ran into another guest’s room. The fellow chased her in there and began applying a vicious beating to her.

On the morning of the fifth day, the host utilised some ‘human resources’ and the youngster packed his meagre resources and departed.

In 2019, a year gleaning with glory, knowing what we do know about 2020 and beyond, the computer expert booked the room for two weeks. Two weeks expanded to two months then six months. But he kept much to himself, only showing up in the kitchen to cook his veggie meals and wandering out in a taxi once per week for supplies.

But the host suspected that he was on hard drugs. And then one day whatever yoke was keeping his internal parts together broke free and violently so. He thrashed the living room, and the kitchen and the windows in his room. His hands were bloodied.

By the time the police came for him he was literally frothing at the mouth.

Many Jamaicans have found economic breathing spaces in renting their modest accommodations under the Airbnb platform. In COVID-19 times it has declined but for some a market has been formed around dual citizens Jamaicans and those ‘trapped’ here due to specific COVID travel protocols.

But, it is not all easy money and glory.

A few weeks ago my friend Ben Brodie who operates the community newspaper, The News, lamented on the new reality taking over Havendale and Meadowbrook, multistorey housing units.

Now according to the planners that reality will visit Portmore soon. Some people will say that multistorey units have long been in Portmore, but certainly not the real high-rises that they have planned.

Parish councils are increasingly going to find themselves lagging behind the legislation needed to keep abreast of the urban reality of a human-dense population as we head into the latter part of the 2020s and into 2030.

There will always be the holdouts. Those who are aged like me, once a crocodile-in-the-egg, now far from the burial place of that egg, must now give space to those who see attractive real-estate dollars in those expansive lands, especially multistoried and a modest parking area for 15 cars.

In the interim, until the legislation catches up with the demand there will always be corruption in the system. It is baked into our governance.