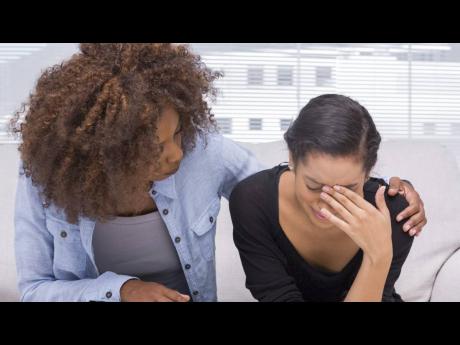 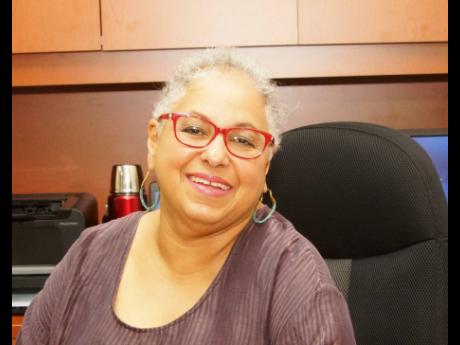 Violence against women and girls (VAWG) is a bitter reality in Jamaica. There are consistent reports in the media detailing various incidents where women are murdered or maimed by their spouses. Courts deal with a plethora of cases where women have lodged charges against their spouses for assault. An article that really caught my attention recently was about a man who proposed to a woman in court while answering to assault charges she had placed against him. This is a clear example of manipulation of a survivor by her abuser.

It is the duty of the courts to ensure that survivors feel safe from their perpetrator and comfortable recounting the violence they have experienced, and any form or re-victimisation should be minimised. What struck me about the story was how the man’s behaviour was portrayed to be a romantic gesture. This is unfortunate because members of our society, including the media, should not only responsibly report experiences of survivors, but also hold perpetrators accountable for their actions. What is of even greater concern is that there was a subsequent article from the same news outlet outlining that since the proposal, the man once again assaulted the woman.

It is clear that much more must be done to prevent violence against women and girls from occurring and recurring. We must take action to support survivors in their process of recovery and empowerment. Violence strongly affects the economic and social life of women and girls and has a strong impact on their health. The breadth of this blight upon our society becomes clearer when you consider that the Women’s Health Survey 2016 revealed that in Jamaica, one out of four women and girls between the ages of 15 and 64 had experienced violence during their life. Unfortunately, violence too often escalates into women and girls being killed. Even more horrifying to consider is that according to the UN Office on Drugs and Crime, in 2017, Jamaica was the country with the second highest rate of femicide in the world, with 11 per 100,000.

Women and girls have the right to a life free from violence. They also have the right to access relevant services such as timely police response, immediate healthcare, and comprehensive health-sector response when they find themselves in vulnerable situations. This includes reproductive health and psychosocial support as well as access to justice and social services. Nevertheless, the Women’s Health Survey highlights that 63 per cent of abused women in Jamaica did not seek help from any of the critical services. Some of the reasons for this are a lack of knowledge about their rights and the available services, fear, normalisation of violence, and a lack of trust in the system.

To address this limited access to services by women and girls who experience violence, the EU funded Spotlight Initiative focuses on supporting the Jamaican Government and civil society organisations to improve the quality of services provided to survivors of domestic violence. The aim is to ensure that these services are provided according to international standards and in line with national and international commitments. In this sense, the Spotlight Initiative is contributing to promoting availability, accessibility, and quality of services for women and girls survivors of violence. This includes work with the health, justice, and social services sectors and the police. The aim is to improve the quality-of-service provision by qualified and trained professionals. We also want to strengthen coordination among sectors to offer survivors a continuum of care.

International experiences prove that the provision, coordination, and governance of quality essential services can contribute to significantly mitigate the consequences of violence on the well-being, health, and safety of women and girls and assist them in their process of recovery and empowerment.

SAFE SPACES FOR SURVIVORS OF VIOLENCE

Among other actions under the Spotlight Initiative, the United Nations Population Fund has partnered with the Government of Jamaica, acting through the Ministry of Culture, Gender, Entertainment and Sport and its Branch, the Bureau of Gender Affairs, to establish and operationalise three state-run, government-owned shelters across different regions of the island. The first shelter is already operational, with ongoing improvements, and the other two are expected to be operationalised during the year 2021. In these shelters, survivors of violence at imminent risk, including those with children and women and girls with disabilities, have access free of cost to safe, secure, and confidential accommodation until the threat is removed. Prior to this initiative, there was only one emergency shelter operated by an NGO in Jamaica, and more safe spaces for survivors of violence were needed, a need that exponentially increased during the COVID-19 pandemic.

According to the previously cited Women’s Health Survey, approximately half (50.4 per cent) of abused women in Jamaica indicated that they never left their abusive environment while among women who left, many of them often returned, sometimes to leave again. What is even more concerning is that more than half of the women who reported to have left home (51.1 per cent) said that they left because they could not endure more violence; 14.6 per cent left because they were afraid their partners would kill them; and 12.3 per cent decided to leave because they were badly injured. Imagine living in a situation in which your partner, the person who you would expect to be there for you and with whom you should feel loved, safe, and comfortable is someone that causes you to fear for your life. It is, therefore, crucial for survivors to have a safe space to go for free where they can be safe and have access to the services that they need. It is, I daresay, an invaluable option for survivors of violence, especially for those who are dependent on their abuser financially. It is a resource that allows survivors the opportunity to remove themselves and their children from danger and can even prove to be one that is life-saving.

- Alison Drayton is the director and representative for the United Nations Population Fund (UNFPA) Sub-Regional Office for the Caribbean. Send feedback to drayton@unfpa.org or Jascene Dunkley-Malcolm, communications and partnership specialist, dunkley-malcolm@unfpa.org.