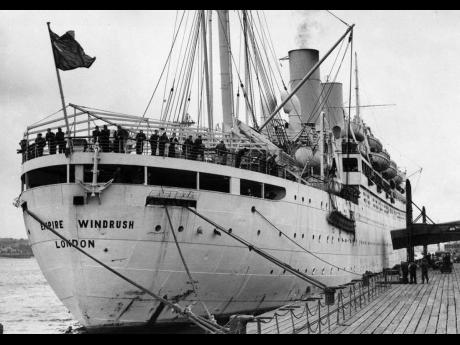 The Gleaner Archives
SS Empire Windrush, which shipped migrant workers from the West Indies to England. Women who migrated outside of the Windrush generation often moved with little or no financial support and for many, in contravention of legal frameworks established to keep them out and remove responsibility from Britain for socio-economic deficiencies plaguing them since slavery. 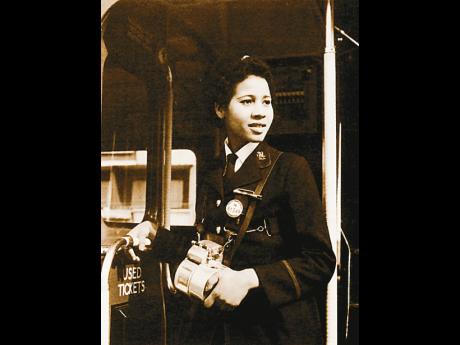 The Gleaner Archives
It is estimated that more than 500 Jamaican men and women were on board the Windrush, some of those on board settled in London, others in Birmingham. Many made a new life by taking jobs on the buses. 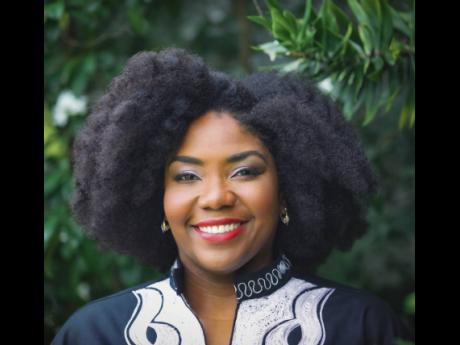 We are still in Women’s History Month. This week’s Reparation Conversations in collaboration with the Centre for Reparation Research at The University of the West Indies, continues the discussion by Professor Verene Shepherd in her article on March 7. Dalea Bean uses the example of Women in World Wars I & II and post-war era to pile up the evidentiary basis for reparation based on Caribbean women’s contribution to the interests of the British Empire.

Imagine a world where your mother tells you that you do not legally own the skin you are in. Imagine that she tells you that enslavement is passed from generation to generation through your labour pains. Imagine that instead of comfort, she says that escape only comes through her hangman’s noose or one too many lashes. Imagine that she extracts hard labour from your bones for over 200 years and then says you are the weaker sex. Then imagine that you fight for your life and emerge in freedom, and your mother does not even say ‘I’m sorry’.

Such was the reality for women enslaved in the Caribbean by European “mother countries”. As Verene Shepherd contends in “Caribbean women and reparatory justice” in the Sunday Gleaner on March 7, “colonialism was not gender or race neutral. The gendered political economy of slavery was manifested in the ways in which enslaved men and women, and their societies, expropriated the labour of the enslaved and extracted value from them.” Indeed, there is no shortage of evidence that forced labour of black bodies enriched European coffers without any subsequent programme of compensation, formal apology, or acknowledgement that an egregious wrong was committed.

Ongoing lobbying for reparation, specifically from the English-speaking Caribbean through the Caribbean Reparations Commission (CRC), has centred on connecting the dots between slavery and the contemporary underdevelopment and struggles of the Caribbean nations and people. Indeed, the post-slavery indignities were unrelenting. British concern with her colonies waned in the early 20th century, leaving an undernourished child to survive with little social infrastructure to sustain meaningful access to education, decent work, health services, food security, land ownership, financial literacy, and cultural autonomy.

As the CRC indicates, in the post-slavery period, the European nations “imposed for another one hundred years policies designed to perpetuate suffering upon the emancipated and survivors of genocide”. Much of the progress made to emerge from this imposition was achieved from the agency of Caribbean people contouring their own destiny. Twentieth-century Caribbean people inherited much suffering from the racialised and sexualised legacies of slavery, which are yet to be fully acknowledged by colonising nations. Gender must frame such discussions as Caribbean women were important to British survival particularly during World Wars I and II and in the post-war period, a fact that barely reverberates in British consciousness as a result of racist and sexist-flavoured amnesia.

Imagine that after your mother mistreats you, you still see it as your role to help her out of her problems. Imagine that she willingly accepts your help then disowns you when you claim to be her own and does not even say “I’m sorry”.

Caribbean women’s contribution to British efforts in World War I and II has largely been under-reported and undervalued. Under a contested umbrella of loyalty to the crown, thousands of Caribbean women contributed to efforts by producing and exporting tens of thousands of war materials during both wars to offer relief to British soldiers and to alleviate shortages of materials in hospitals. They also raised thousands of pounds to purchase bombers and ambulances for Britain. As Red Cross nurses, they travelled to battlefields to offer lifesaving care. As strategic and shrewd recruiters, they played a critical role in the effort to outfit the British army with 10,000 Caribbean men and women during World War II and answered the call to enter the British army to alleviate shortages in female auxiliaries.

Caribbean women have also been at the vanguard of transformative transnational movements for service to the British cause. While male migration was of greater numerical significance in the late 19th to early 20th centuries, the middle to late 20th century saw a preponderance of Caribbean women on the move. Women migrated independently of men and in large numbers after World War II opened the flood gates as sexual and racial discrimination in employment buckled under the weight of the need for labour to rebuild England.

This Windrush generation of migrants included hundreds of Caribbean women who contributed much to what Stuart Hall, Wendy Williams, and others conceptualise as the boundlessness of the Caribbean diaspora in Britain. Ironically, Caribbean women were compelled to migrate to the same mother countries that had enslaved their chances of a decent life and still continue to arrest real development with structural-adjustment programmes undergirded by neo-colonial and neo-liberal policies. While they helped to rebuild British honour, they suffered indignities of signs at homes for rent that said “No Irish, No Coloured, No dogs”. Then in 2018, branded as illegitimate, they faced mass deportation, destabilisation, and dislocation from the only homes they had ever known; the homes they built.

LITTLE OR NO FINANCIAL SUPPORT

Women who migrated outside of the Windrush generation also often moved with little or no financial support, and for many, in contravention of legal frameworks established to keep them out and remove responsibility from Britain for socio-economic deficiencies plaguing them since slavery. Yet they eked out an existence for themselves and continued the legacy of their enslaved forebears by building Britain through their labour. The National Health Service (NHS) was all but saved by black Caribbean women. As the BBC documentary “Black Nurses: The Women Who Saved The NHS” highlights, as staff shortages threatened the nascent NHS, thousands of nurses from Britain’s colonised countries stepped in to fill the need. The horrific nature of racism faced by many of these pioneers (including being beaten on the streets, abused by patients who did not want to be treated by black women, and poor treatment by colleagues) certainly warrants a plan for reparatory justice.

Be it in cane fields, boiler houses, training camps, schools, factories, or hospitals, Caribbean women have contributed greatly to British development and resilience. This is why the call for reparation also includes post-slavery injustices and why righting those wrongs must also concentrate on reimagining the relationship between Caribbean persons and their former colonisers. Strengthening social services, improving immigration policies, supporting grass-roots organisations and acknowledging the weight of centuries of Caribbean contributions are a good place to start. This is particularly true in the case of Caribbean women where racism and sexism intersected, creating evolving spaces of invisibility and ingratitude.

But imagine a future that is repaired through recognition of wrongs with compensation and acknowledgement of the full extent of your contributions. Imagine a reality where healing can commence through transnational programmes created to develop industry and equity and address psychological and emotional legacies of genocide and racial apartheid. Imagine the possibilities of hearing: “I’m sorry. What can I do to repair this damage?” Just imagine!

- Dalea Bean, PhD, is a historian and lecturer in gender studies in The Regional Office of the Institute for Gender and Development Studies at The UWI. Send feedback to reparation.research@uwimona.edu.jm.