Ahmed Reid | History matters: The precursor to the Jamaica Chamber of Commerce 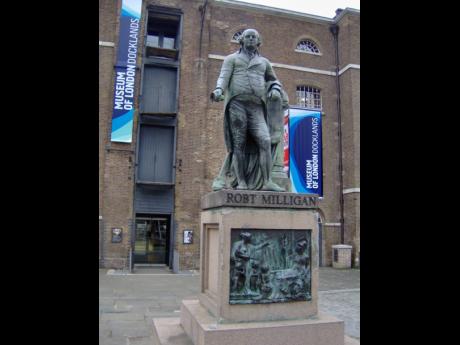 Richard Westmacott - sourced from Wikimedia
Statue of Robert Milligan which was in front of the Museum of London Docklands. 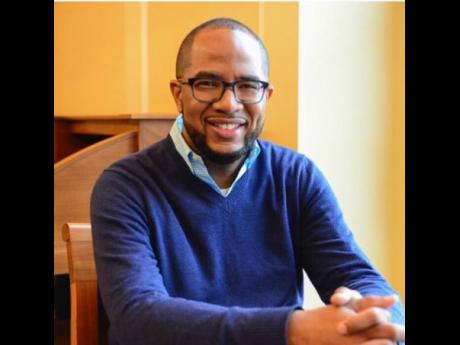 History education matters! History’s transformative power, and far-reaching implications for cultural, social and community empowerment, and national development, have long been understood. This is why Verene Shepherd, Judge Patrick Robinson, Sir Hilary Beckles, and others, have advocated for Caribbean History to be compulsory at all levels of our education system. It is unsettling that despite these calls, too few do Caribbean History in CXC and at The UWI, leading Shepherd to wage her own public war by conceptualising and hosting ‘Talking History’. Today, I renew this call; because what we have at the moment is an education system that is shaping leaders and citizens who do not have a comprehensive knowledge of the rich heritage which places them at the centre of their own history.

I arrived at this conclusion while conducting research on the legacies of slavery in Jamaica. Having spent some time tracking institutions that started during the 18th and 19th centuries, I was curious about the Kingston Chamber of Commerce (KCC), formed in 1778/9 by a group of enslavers who pooled their resources, social capital, and political power to lobby the local Assembly, with the sole aim of advancing their interests, and the plantocracy’s. The creation of the KCC coincided with the American Revolution, and the subsequent loss of the mainland market by planters in the British colonised Caribbean. The KCC’s lobbying effort was to lessen the economic impact of the revolution, and influence local legislation. By the mid-19th century, the KCC evolved into the Jamaica Chamber of Commerce (JCC).

This fact led me to the website of the JCC. I wanted to see if the JCC was aware of this history. I discovered that in 1979, the organisation celebrated its bicentenary and evolution from the KCC. The website stated, “…two hundred and thirty-nine years ago a group of local business and professional men formed the Kingston Chamber of Commerce”. It continued, “Other illustrious members included Hercules Rose, Naval Agent; Thomas Gray, member of the Assembly for Kingston in 1781; and Robert Milligan, who left Jamaica in 1779 to reside in London, and was later instrumental in forming the famous West Indian Docks.” It also listed the names of enslavers such as Thomas Hibbert Jr (president), Alexander Allardyce (vice-president), and Moses Benson (treasurer) as members. This piqued my interest even further. I continued looking with the hope that I would see some regret expressed for the past tie to enslavers and recognition of the enslaved people who were the source of the members’ enrichment. There was no mention of them, no list of their names or the plantations on which they laboured. Their erasure from this history left a sinking feeling in me.

From my perspective, there was nothing “illustrious” about these enslavers, given their enrichment from the oppression and exploitation of enslaved people, and their firm belief in a racial hierarchy that placed black bodies firmly at the bottom of the social, political and economic order, with devastating generational consequences. I think that once the current members of the JCC know more about these “local business and professional men” they honoured, they will agree with me.

Thomas Hibbert Jr (1795–1845) was a member of the powerfully connected Hibbert family. Since their arrival in Jamaica in the 18th century, the Hibberts were among the most successful factors. Factors were local speculators who would take large consignments of enslaved people then sell them to planters across Jamaica for a profit. Located in Kingston, the Hibberts went into partnerships with other factors. Between September 22,1752 and December 22, 1753, the company, Hibbert and Spriggs, took 15 consignments and sold 3,401 enslaved people locally. In 1783, Thomas and his cousin Robert Hibbert advertised the sale of 1,090 enslaved people; 248 in 1790; 1,195 in 1793 and 1,395 in 1795. Thomas Hibbert Jr was also the owner of Agualta Vale estate and pen, and Orange Hill in St Mary. When enslavers filed claims for compensation in 1834, Thomas Hibbert Jr submitted three claims for 799 enslaved people, totalling £14,337 in compensation. Thomas’ cousin, George Hibbert, filed claims for 3,453 enslaved people on the 19 plantations he owned. He received £63,050 in compensation, the modern equivalent of £78.40 million.

Moses Benson (1738-1806) operated one of the largest factorages in Jamaica. Benson invested in 84 missions trafficking enslaved Africans to the British colonised Caribbean. Between 1792 and 1806, a total of 26,287 Africans were kidnapped, while only 24,089 made it to the region, a mortality of 2,198.

Robert Milligan (1746-1809), like Thomas Hibbert Jr a founding member of the KCC, was a Scottish enslaver and one of Kingston’s most influential factors, who lived for years on his family’s plantations in Jamaica. He formed a successful partnership with fellow Scottish enslaver, James Dick, who was also a member of the KCC. Milligan owned Kellitts and Mammee Gully Pen in Clarendon with a combined enslaved population of 526. Having enriched himself from exploiting black bodies, he migrated to London in 1799, where he spent the time (with George Hibbert) influencing legislation which led to the creation of the West India Docks. The “famous West India Docks”, to which the JCC referred, and of which Milligan was the chairman, was built in 1802 to receive goods (sugar, rum etc.) produced by enslaved men, women and children. After Milligan’s death a statue was erected in his honour, which stood outside the Museum of London Docklands, until its toppling by anti-racism activists last year.

Milligan’s link to Jamaica is clear, and the removal of his statue was a pivotal moment in the global anti-racism struggle. Despite the growing support for the Black Lives Matter movement, Jamaica has been slow in its efforts to remove statues and monuments linked with racism and slavery. There are no statues or monuments of Robert Milligan in Jamaica, but there are others honouring men and women with historical links to the conquest and slavery era: Christopher Columbus, Queen Victoria, Admiral Rodney; and the persistence of the Musgrave Medals continues to fly in the face of an independent country that talks but does not walk decolonisation.

I suggest to the JCC that they act on the information I have provided and change the heralding of enslavers like Thomas Hibbert Jr, Moses Benson and Robert Milligan, lest they be accused of sanitising their history. Ignorance is one thing, perpetuating myths when the truth is known, quite another. Above all, the JCC may even show remorse and engage in appropriate acts of recognition and reparation. The disavowal of the past is an active process.