RIU promotes from within 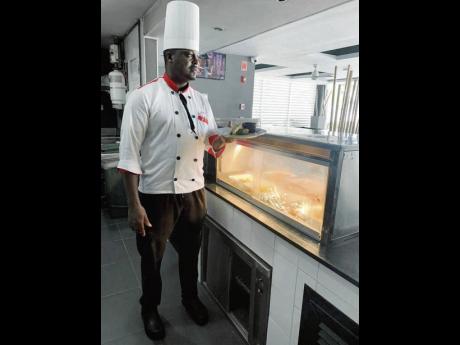 Oneil Vernon developed a love and passion for cooking from watching his mother navigate the kitchen as a child growing up in rural Hanover.

“I would ask, ‘Mommy, how you do this?’ and get couple burns, or mommy would say ‘That’s not how you do it’ and then you burn up the rice,” he recalled.

Still, Vernon harboured thoughts of becoming an engineer until he got word, 20 years ago, that a group of Spanish investors were getting ready to open the first RIU hotel in Jamaica.

Vernon was hired as an assistant cook, placing him among the first batch of employees when the Spanish hotel chain officially made its foray into the Jamaican market 20 years ago.

The RIU Palace Tropical Bay, located in Negril, began operations in 2001, making it the first hotel in Jamaica under the brand. Since then, the company has added five other properties, three in Montego Bay, two in Negril and one in Ocho Rios.

Within six months, Vernon, 40, was promoted to a cook, marking the beginning of his meteoric rise through the ranks to become the first Jamaican appointed executive chef for RIU’s local operation.

“It’s about hard work and dedication. And I make my work show off,” Vernon told The Gleaner during a recent interview.

“They trusted me, and because I did such a good job, they have entrusted other Jamaicans. You have three other Jamaican chefs now, but I was the first Jamaican promoted as an executive chef with this company.”

Carlington Pryce was working as a carpenter in his Westmoreland community 20 years ago when, at the urging of some childhood friends, he decided to make the switch to the hospitality industry.

“I decided, ‘OK, perhaps that description as a carpenter was not for me. I should really try the tourism sector based on my personality as an individual who is always jovial and friendly’,” Pryce said.

He enrolled in the HEART College of Hospitality Services, but soon learnt of the RIU Palace Tropical Bay’s impending opening.

“I at least wanted to train there and then work my way up because I had great intentions,” he said.

Pryce started as a waiter working very long hours, and within a year, his hard work was rewarded when he was promoted to dining room supervisor.

The Spanish chain opened its second hotel in Jamaica, Club Hotel RIU Negril, in 2004 with the Westmoreland native as an assistant restaurant manager.

Today, Pryce, 40, is public relations manager at RIU Ocho Rios, a rewarding accomplishment that came at a steep price.

“I started doing online classes to have the paperwork to support all the titles, and that was one of the reasons it became so rough. Doing online classes, along with working at the same time, doing the amount of hours, it was rough,” he said.

Over 1,500 mainly Jamaicans are employed across the six RIU hotels, including some that started with the first property 20 years ago.

“The performance of each and every one of them has been deeply appreciated by RIU’s customers in Jamaica,” the hotel chain said in a statement marking its 20th anniversary in Jamaica.

“For that reason, the chain’s hotels have received prestigious awards from German tour operator TUI and American tour operator Apple Vacations, such as the Golden Apple Award and the Crystal Apple Award, based on the opinions of hundreds of thousands of travellers who evaluate and score the staff, service, food quality, facilities, beaches and activity programmes.”

RIU’s chief executive officer Luis Riu explained that the decision to bring the brand to Jamaica was the fulfilment of a personal commitment following a visit to the island in 1998.

“I knew I had to open a RIU hotel in Jamaica. I was entranced by its beaches and nature, but above all by the culture and the charisma of its people, and I knew our clients would feel its charm too,” he said in a statement.

“At that time, it seemed crazy, but today it’s a success story. Jamaica is one of the Caribbean’s major destinations, not only for American tourists, but rather for almost all the European countries.”

The Spanish chain said its commitment to Jamaica is reflected in the multi-million dollar renovation and refurbishment recently undertaken at some of its properties. “Today, RIU’s entire hotel portfolio [in Jamaica] is either newly-built or totally renovated,” the company said.

Vernon and Pryce said their employment with RIU has allowed them to travel the world and praised the hotel chain for its staff first approach to promotions.