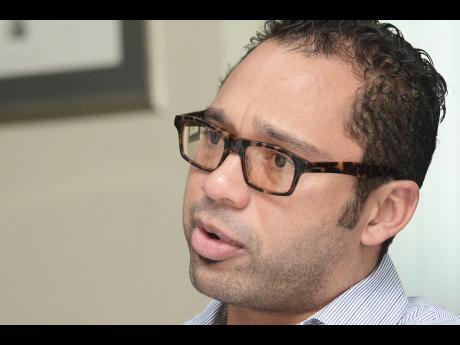 Jamaica?s health sector is one of the most important but ignored areas in terms of its potential to attract investments.

Dr Shane Alexis, president of the Medical Association of Jamaica (MAJ), argues that aside from medical tourism, there are areas in Jamaica?s health-care system that have the potential to attract significant investments and generate attractive returns for the economy and investors, thereby contributing to the economic development of the island.

?Hopefully, the Government will start to identify clearly the public opportunities for some of the resources that many private institutions report as profits to start being invested into some of these areas,? Alexis told a Gleaner Editors? Forum earlier this month at the newspaper?s North Street, Kingston, offices.

?The public sector is underserviced in terms of certain kinds of diagnostic machines, services, etc., (and) there is an opportunity for that to be expanded,? he added.

According to the MAJ president, ?The health component has to be one of the strongest components of any growth plan.

?Education is one component, but health is an important component that perhaps has not got the attention until now,? he added, pointing out that ?unfortunately, we have seen in Jamaica where health continues to be seen as a cost (or) expense and not as an investment?.

Jamaica?s potential in establishing itself as a medical tourism mecca has been emphasised many times over, and has already started to attract investments for the set-up of state-of-art medical facilities to cater to tourists mainly, and locals secondarily.

Spain?s Hospiten Group announced plans in March this year for the construction of a US$20-million state-of-art medical facility in the tourism capital of Montego Bay on Jamaica?s northwestern coast.

Hospiten?s chairman, Dr Pedro Luis Cobiella, said the 22-room hospital would be sited at the scenic Cinnamon Hill in Rose Hall, and would be equipped with an image diagnosis centre, a surgical block, an intensive-care unit, a clinical analysis lab, and a 24-hour emergency room.

The Hospiten Group operates 16 hospital/medical centres, and more than 100 health centres in Spain, the Dominican Republic, Mexico, and now Jamaica.

Arnaldo Brown, the state minister in the Ministry of Foreign Affairs and Foreign Trade, also revealed last year that members of the diaspora were now organising to invest US$200 million to build a health facility in Negril, Westmoreland.

Valarie Steele, president of the Jamaican Diaspora Canada Foundation, said at the same meeting that expatriates were willing to walk miles with the Jamaican Government to improve health care and develop health tourism.

?I can?t think of a better place to recuperate from anything than Jamaica. As long as the bureaucracy does not prevent us from going forward, we are in it for the long haul. Many of us no longer have a foot in the grave, we have a whole leg, so it behoves us to make sure that we help Jamaica to rise,? said Steele.