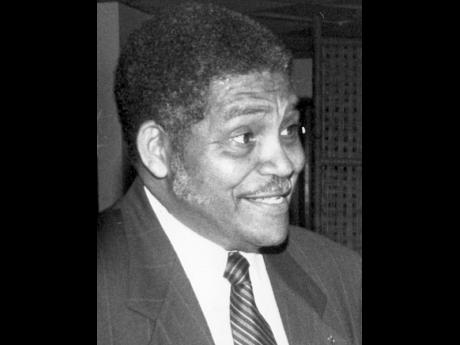 Dr Keith Panton, former executive chairman and CEO of Alcan Jamaica, who passed away in Florida last Wednesday, is being remembered as a fine human being and an outstanding person who served his country well.

Phillip Paulwell, minister of science, technology, energy and mining, who was in the process of producing a formal tribute when contacted by The Gleaner, said: "We regret his passing. Dr Panton has served his country well during his time as head of Alcan. While he served during a difficult period for the industry, his tenure was a successful one."

Dr Yvonnette Marshall, executive director of the University Council of Jamaica (UCJ), said in a statement to The Gleaner: "During his tenure with Alcan, Dr Panton gave committed and unstinting service to the UCJ, whilst performing many other civic and national responsibilities. We express our sincerest condolences to his family and friends."

Persons who knew Panton have also been paying homage to the distinguished former business executive, board chairman, public speaker, and consultant on a tribute website that his family set up.

"One of the finest human beings I've ever met and one of the greatest leaders I've worked with," said motivational speaker Nsombi Jaja.

George Brown, who was employed at Alcan under Panton's leadership, said: "I had the distinct privilege of knowing Dr Panton for many years when we both worked with Alcan. He was my boss and no one ever had a better one."

Panton began his decades-long career at Alcan when he joined the bauxite company in 1964. He became president and CEO in 1986. After 30 years, he retired from Alcan.

During his time in Jamaica, Panton was a member of many organisations, including a founding member of the board of the UCJ and chairman of the council from 1989 to 1995. He was also chairman of the National Commercial Bank from 1987 to 1993.

Panton, who was also a minister of religion and ordained as an Anglican priest, was awarded with membership in the Order of Distinction in the rank of Commander.

Panton will be interred at the St Mark's Anglican Parish Church in Mandeville at a date to be announced.