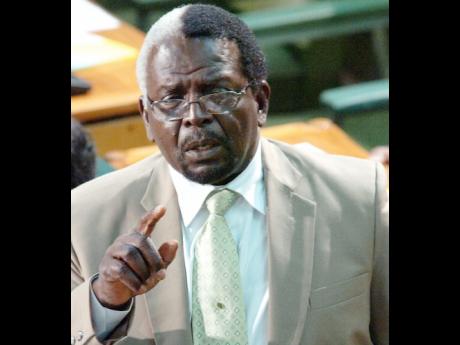 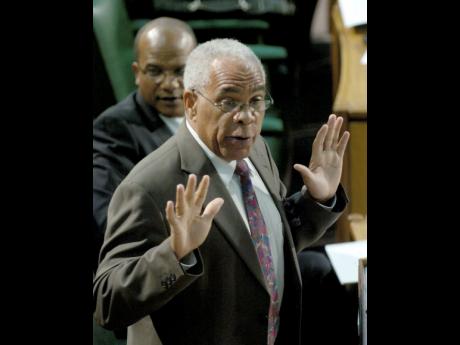 Seventy-nine-year-old parliamentarian Pearnel Charles was yesterday labeled an "irrelevant relic" by Dr Omar Davies, 11 years his junior, as members of parliament crossed swords on the matter of state spending, during yesterday's sitting of the House of Representatives.

"You are the most irrelevant relic ever in the history of this Parliament," Davies, the transport, works and housing minister, said after Charles made a sotto voce comment in response to his labeling of the allocation of resources under the Jamaica Development Infrastructure Programme (JDIP) as "wicked" and "clandestine".

The JDIP, implemented by the former Jamaica Labour Party government, involved the spending of US$400 million on infrastructural works which were never subject to parliamentary input.

House Speaker Michael Peart ruled that Davies' language was unparliamentary and urged him to withdraw.

Davies obliged, but not before poking fun at the far-from-amused Charles.

In the meantime, members of the parliamentary Opposition continued to criticise the allocation of resources under the Jamaica Emergency Employment Programme to parish councils for infrastructure works.

Desmond McKenzie, the MP for West Kingston and spokesman on local government, said the funds are being allocated in a manner to give the governing People's National Party an advantage in upcoming elections.

Delroy Chuck, MP for North East St Andrew, said his constituency benefitted heavily from JDIP and knocked suggestions that money should be allocated equally, arguing that national or other priorities should direct such spending.

"I don't think we need to fight over how it is allocated. What is important is that it should be open and transparent," Chuck said.