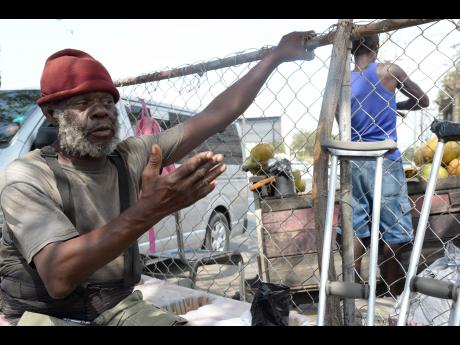 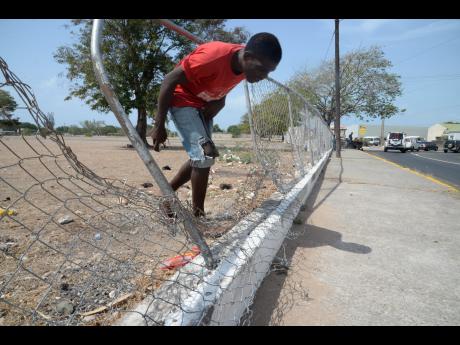 Jermaine Barnaby
A man walks through an opening in the fence at National Heroes Park. 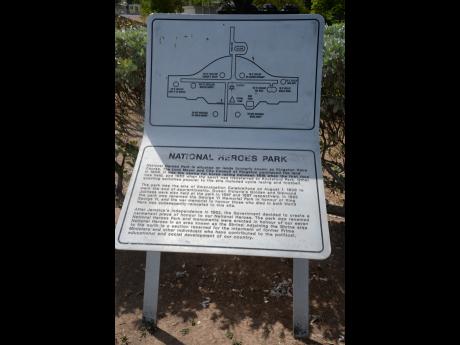 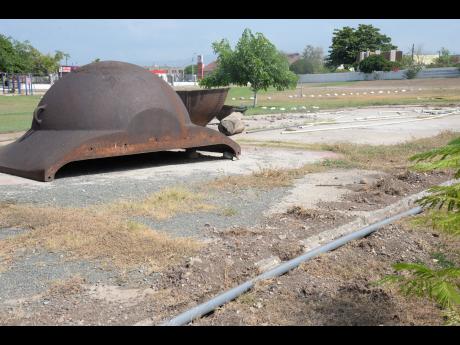 Jermaine Barnaby
A section of the park. 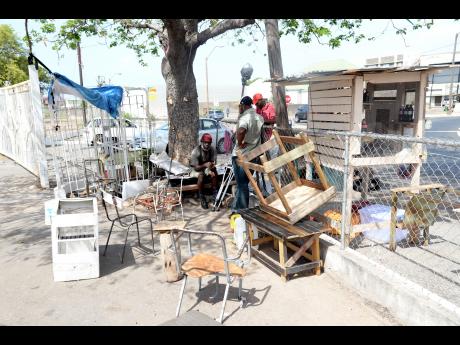 Jermaine Barnaby
Men gathered at a section of National Heroes Park in Kingston which is scheduled for repairs. 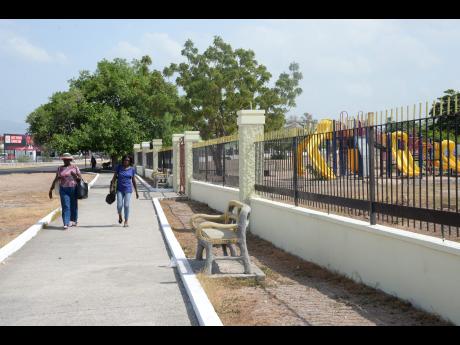 Jermaine Barnaby
A more well kept side of the National Heroes Park in Kingston.
1
2
3
4
5
6

The National Heroes Park is a tale of two 'cities'. The southern end, where national figures including heroes and past leaders are buried, is well kept. It has well-manicured lawns, lush green trees, and even a few benches where people can relax.

However, the northern end is another story. One area serves as a car park, and the remainder is a dust bowl despite the presence of a well on the compound. It is bare and barren.

Babu, a man who left St Ann 35 years ago and has made a living selling coconuts at one side of the park, expressed disappointment about its state.

"This should be the number-one park in Jamaica. This is where the heroes are buried and it is a shame," Babu said.

Babu said he yearns for the day when the entire compound is adorned with trees, lawns, and rest spots to not only enhance the beauty of downtown Kingston, but to provide additional recreational space within the city. He was, however, quick to say that it would be foolhardy of the authorities not to police the area to prevent vandalism.

"As a national park, we should have some flowers planted around it and dem should keep up the place ... . But we, the same people, will mash it up, so dem affi have people monitor it," he said.

The National Heroes Park has been listed as a Legacy Project out of the Jamaica 50 celebrations. As part of the move for upgrade, the Ministry of Transport and Works earlier this year invited tenders for the erection of a perimeter fence.

Chief executive Officer of the Culture, Health, Arts, Sports and Education (CHASE) Fund Wilford 'Billy' Heaven, who chaired the legacy committee that decided on the projects, said that in deciding to endorse the park as a legacy project, the committee took the view that it would go a far way in "making Jamaica a place for everyone".

"We had Emancipation Park at the time, and we needed another park. It is a park that would serve some additional purposes as it would serve a different segment of the population," Heaven said.

He noted that the National Heroes Park has a rich history and is deserving of the upgrade.

The proposed works to be implemented include the construction of new walls, columns, and grillework, entry gates, and the refurbishing of the existing wall and grillework around the perimeter of the park.

Richard Gordon, who said that it was not the first time he was hearing of a planned upgrade to the National Heroes Park, holds out little hope that he will see it anytime soon.

"I am a child of the 1970s and I remember when the park was a stellar place to come. It was properly maintained," Gordon said.

He argued that it made no sense to refer to the park under its current name, bearing in mind the current condition. He said the Government should show respect to not only the heroes, but also to citizens and upgrade the park in such a way to have it befitting of being called a national heroes park.

"This is a disgrace! How can you have your national park where your heroes are buried and the surroundings are in such deplorable condition? It speaks volumes to the deterioration of the social and governmental structure. It is as if they don't care about it any more. It is just a national park in words, but they don't place any real value on it. Perhaps it is because it is in a downtown region," he said.

Now in the pre-construction phase, the transport ministry is to evaluate tenders before deciding what shape the project will take. Heaven said he longs for the day when the entire project would take shape and the National Heroes Park will be a place to behold.

"I would like the heroes park to be a centre for all, not just the people in that particular location ... . One of my intentions is to walk there instead of walking in Emancipation Park. I am waiting on it to reach that stage where I can walk at Heroes Park, and to bring back nightlife there, and to present this wonderful green space for everybody - uptown, downtown, and everybody," Heaven said.