Bill tabled to allow for impeachment of mayor 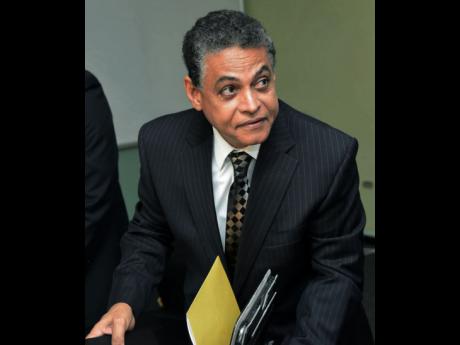 Jamaica has moved a step closer to allowing for the impeachment of public officials, a long-promised feature of the country's democratic landscape.

The Local Governance Bill, one of the three strategic pieces of legislation that have been brought to Parliament for the reform of local government, is proposing that the mayor of a municipality be impeached if such action is called for by 15 per cent of the electors within that municipality.

A mayor of a city municipality may also be impeached if a motion, approved by two-thirds of the members of the city council alleging a charge of gross misconduct or dereliction of duty, has been submitted to the portfolio minister.

If either circumstance occurs, the minister is obliged to institute proceedings and if the allegations are substantial and proven, the minister shall bring a resolution to Parliament for the removal of the mayor.

Mayor Scean Barnswell, head of the Association of Local Government Authorities of Jamaica (ALGAJ), told The Gleaner yesterday that "it is not a bad idea" to have an impeachment provision to strengthen public governance on the island, but opined that it should extend to other elected positions such as members of parliament.

"People are asking for political representatives to be held liable for their positions and roles and function while in office, and it is something that we should be looking at," the May Pen mayor said.

"It should not be about councillors or mayors. I think once you are an elected official, it should go across the board. It should apply to all elected representatives," he added.

However, Mark Golding, Jamaica's justice minister, said that enactment of laws for the impeachment of public officials has not been on the legislative front burner.

"It is something that has not been discussed much over the last few years. It has not really been on the national agenda, it was not part of our manifesto, and we had quite a bit on our plate," Golding said.

Noel Arscott, the local government minister, said the impeachment clause came about after widespread consultations. He said, too, that there were already provisions for the removal of a councillor or other mayors from office.

"There are things in place to deal with councillors, but in the case of a directly elected mayor, he is not a councillor, so he is a different creature," Arscott said.

The bill proposes that a councillor be removed if he becomes bankrupt; absent from three consecutive council meetings without leave of the council; refuses or neglects to take and subscribe to the prescribed oath of office; or has been sentenced to death, penal servitude or imprisonment for more than one year.

Meanwhile, Barnswell said the minimum 15 per cent of electors required for initiating impeachment of an elected mayor "seems to be a small number".

"You have persons who without good reason can decide that they need to remove a particular person from office and the basis has nothing to do with abuse of power and corruption. We have to be careful and make sure that whatever it is that is being put forward can stand scrutiny," Barnswell said.

At present, Jamaica has one mayor of a city municipality - Leon Thomas, who is the acting mayor of Portmore.

The threshold for making changes in Portmore is lower than the 15 per cent proposed for the impeachment of the mayor. The Municipal Act requires the signatures of at least seven per cent of registered electors in the municipality for an amendment to the boundaries of the municipalities.

The tabling of the Local Governance Bill completes the list of three pieces of legislation for local-government reform. Barnswell said that ALGAJ is currently studying the bills, and its members are hoping they will be able to finalise arguments around some of these issues with a view that they would have been able to go before Parliament to discuss the bills.

Former Prime Minister Bruce Golding has been a strident proponent for the ability to impeach public officials. Just before his resignation from office in 2010, Golding told the nation that his Government was committed to enacting laws for the impeachment of public officials and term limits for the office of prime minister.

Two decades ago, a joint select committee of Parliament agreed that there should be an offence of impeachment of public officers, from the governor general down, for abuse of authority.

Former Justice Minister Delroy Chuck laid a bill in Parliament in 2011 to allow for the impeachment of public officials. That bill fell off the table.

It proposed, among other things, that the Constitution of Jamaica be amended in order to allow for the impeachment process against the prime minister, the leader of the opposition, and other members of Parliament.