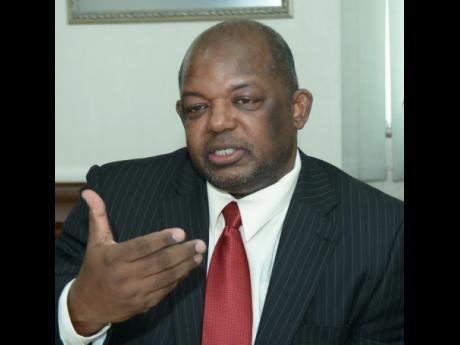 Director General of the Office of Utilities Regulation (OUR) Albert Gordon has been elected chairman of the Organisation Of Caribbean Utility Regulators (OOCUR), the association of regional regulatory organisations.

The election, which took place on Thursday, October 29, was held at the OOCUR's 13th general assembly and general conference at Beaches Resorts in the Turks and Caicos Islands.

Kathleen Riviere-Smith, chief executive officer (CEO) of the Utilities Regulation and Competition Authority in The Bahamas, was elected as the deputy chairman. Other members of the executive council are Guy Malone, CEO of the Telecommunications Regulatory Commission, British Virgin Islands; Lance McCaskey, executive director of the Independent Regulatory Commission, Dominica; and Kelly Josephs, executive director/CEO of the National Water and Sewerage Commission in St Lucia.

OOCUR's executive director is David Geddes, and the corporate secretary is Justice Prem Persuad. The outgoing chairman of OOCUR is John Avery of the Public Utilities Commission, Belize.

Ja to host next conference

Jamaica is to host the OOCUR's next annual conference, which will be held in 2016.

The OOCUR is a non-profit organisation established in July 2002 in Ocho Rios, Jamaica, with the specific objectives to assist in the improvement of utility regulation; to foster transparent and stable utility regulation through autonomous and independent regulators in the region; as well as to facilitate understanding of regulation issues and sharing of information and experience.