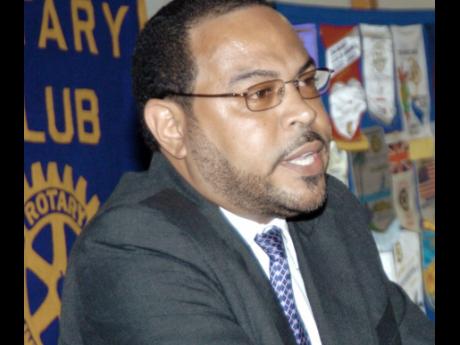 A Supreme Court judge has described as insensitive the manner in which the police effected a search at the premises of a St Mary businessman, seized his motor vehicles, and locked him up for several days.

Justice David Batts made harsh comments when he ordered the Government to pay $4.2 million with interest to businessman Evon Gordon of Highgate, St Mary, for false imprisonment, aggravated damages, detinue, and loss of business.

There was no search warrant presented to Gordon on June 1, 2007, when the police went to his business place.

The judge, in handing down his ruling, stressed that the creation of a comprehensive statutory regime dealing with the issue and presentation of search and arrest warrants were desirable.

Gordon, who was represented by attorneys-at-law Catherine Minto and Stephanie Forte, said the police "swarmed everywhere" and searched everything on his premises on June 1, 2007.

He said they demanded documentation for his four motor vehicles, including a minibus, which he provided.

He was handcuffed and taken away along with one of his workers.

He was advised by a police officer on June 5, 2007, that he would be released without charge but was later told that Garrick had given instructions that he should not be released.

His lawyer, Christopher Hibbert, made an application to the court for him to be released. The court granted the order and he was released on June 11, 2007.

The court subsequently made an order for his motor vehicles to be released.

The defendants contended that they received information that Gordon was involved in a car racket involving stolen vehicles.

The judge pointed out: "Interestingly, it was not until December 1, 2007, that Garrick conducted an interview with Gordon in the presence of his lawyer. Garrick said he was still conducting investigations when, on December 4, 2007, he was instructed to hand over the motor vehicles to Gordon. He was transferred the next month to another parish and so could not continue the investigations."

Batts, in reviewing the evidence, pointed out that Garrick said in his witness statement that the first time Gordon saw the search warrant was on May 6, 2013.

The judge remarked that Garrick did not inform the other police officers who went on the search of the existence of the search warrant. Garrick admitted that he executed the search warrant after the seizure of the motor vehicles and after Gordon had been taken into custody.

The investigation by the defendants was described by Batts as unprofessional and lacking in thoroughness.

"The conduct of the officers displayed a marked insensitivity to the claimant and the fact that he was operating in a service industry, and the information they were acting on was unverified," the judge added.