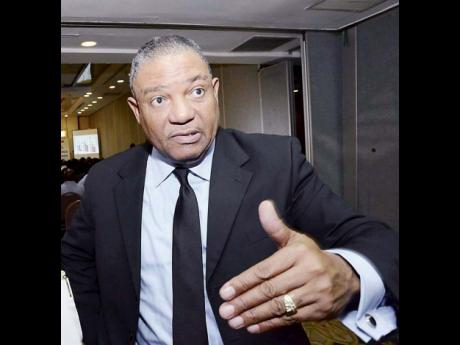 Health Minister Horace Dalley on Thursday met with family members of the babies who died in the controversial outbreak of bacteria in the Neonatal Intensive Care Unit of the Cornwall Regional Hospital (CRH) in Montego Bay, St James, and described the meeting as "touching".

"This was my second round of meetings, which was very touching, listening to the parents and their experiences," said Dalley after the meeting.

While some family members had kind words for the staff at the hospital, there were others who were critical, pointing out what they said were weaknesses in the operational procedures at the facility.

In the aftermath of the scandal, which also impacted the University Hospital of the West Indies (UHWI), Dr Fenton Ferguson, the health minister at the time, was replaced by Dalley.

The boards at both the Western Regional Health Authority (WRHA) and the UHWI were subsequently asked to resign and two new boards installed.

In addition to the family members, Dalley also met with the management and senior staff of the WRHA and the CRH.

While steering clear of blaming anyone for the deaths of the babies, Dalley said that under his stewardship, every effort would be made to ensure that such a situation never happens again.

"They (the new WRHA board) have also taken some steps to ensure, as best as is humanly possible, that this doesn't happen again, even though we're not God and don't know what can happen," said Dalley. "To me, it is one of those experiences that I will always remember."