PSOJ breathes sigh of relief that 2015 election will not happen 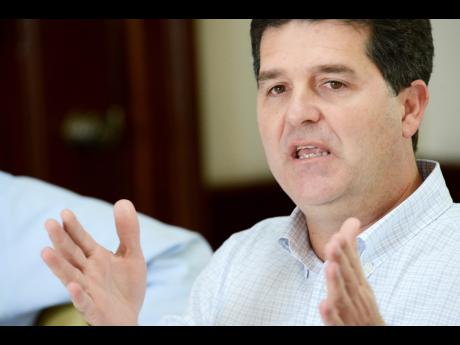 With Prime Minister Portia Simpson Miller scotching any prospect of a 2015 general election, the Private Sector Organisation of Jamaica (PSOJ) signalled that it was breathing a sigh of relief, albeit temporarily.

After expressing misgivings over the uncertainty brought about by Simpson Miller's hesitance in 'flying the gate', PSOJ President William Mahfood welcomed the prime minister's declaration.

Simpson Miller told a People's National Party (PNP) rally in Black River, St Elizabeth, on Sunday night that Jamaicans would not be summoned to the polls until next year.

This effectively ended speculations and expectations of a late-2015 general election, not unlike the December 29, 2011 polls called by then Prime Minister Andrew Holness that the Simpson Miller-led PNP went on to win.

"At this time, I think that it's wise at this point not to have the election before the end of the year," Mahfood said.

It was Simpson Miller who had summoned the PNP forces under the starter's order, a move that egged Jamaica Labour Party supporters into the starting blocks as well.

"I think it (the delay) is a wise move by the Government and the private sector to wait until after the holidays to have the election," said Mahfood.

He noted that members of the business sector had become jittery over the resulting uncertainties.

"I think that from a business standpoint, there are a lot of retailers and small businesses who depend on this time of year as a critical for part of their business," he said.

Mahfood said further that the concerns of the commercial sector were conveyed to the Government.

"The instability that may be surrounding an election or the uncertainty related to when the election is actually going to be called is now behind us, and I think it augurs well for the business community," he said.

After being on the road for five weeks, Simpson Miller decided that "the youths of Jamaica should be given an equal opportunity to have a say in the way their country is governed".

Simpson Miller said that the decision to wait until the next voters' list is published on November 30 is a result of "soundings" across the island.