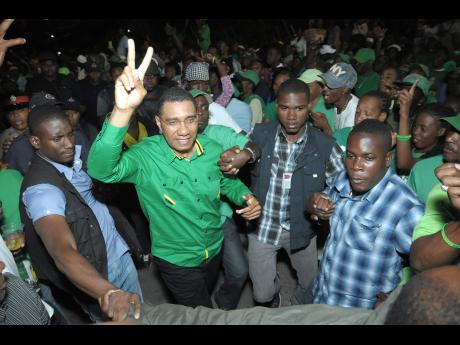 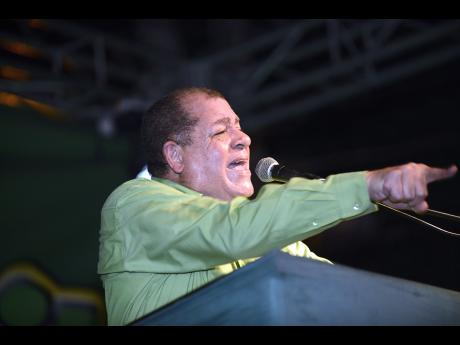 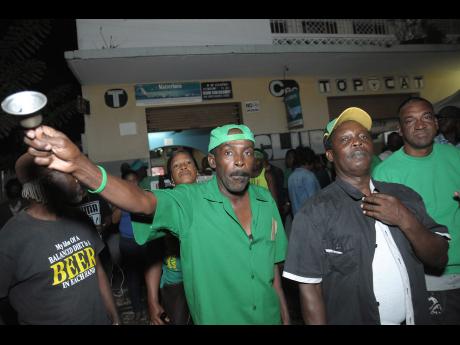 Supporters at the Jamaica Labour Party rally in St Mary on Sunday.
1
2
3

Leader of the Jamaica Labour Party (JLP), Andrew Holness, has issued a "reminder" to the private sector that it has been the People's National Party (PNP), and not JLP administrations, that have historically been fiscally reckless.

Holness sought to convince the private sector at a political rally in St Mary on Sunday night that it could rest assured that the financial responsibility for which it has called will be the hallmark of a JLP government.

He stressed that the demands of the private sector would be adhered to by a JLP administration, which, he said, has always been "frugally conservative".

"The JLP is a frugal party," declared Holness. "We are what you call fiscal conservatives who believe in managing our fiscal affairs, such as our taxes and spending."

The issue of fiscal discipline was among a slew of expectations that a coalition of private-sector groupings said it had for the emerging political administration after the impending general election. The group highlighted its expectations last week.

He promised that fiscal discipline would be strenuously maintained. "But we not going to sit down and allow the economy to shrink, shrivel up and die," said Holness.

"We assure you of fiscal discipline but we will also stimulate the economy! ... We are going to put the energy into the economic engine of this country, which is the private sector," he added.

Holness charged that Portia Simpson Miller has failed to learn the lesson from the recent visit of David Cameron, prime minister of the United Kingdom.

"David Cameron came here to secure trade deals in Jamaica and to build their interest in Jamaica," said Holness. "That's the role of the prime minister in modern time, to be the chief investment promoter for his or her country."

Continued Holness: "It is the prime minister who, when he/she travels, brings back trade and investment deals, because that is how the economy grows."

Holness charged that in all her travels, Simpson Miller, as prime minister, has failed to bring back any major trade or investment deals.

He said that Jamaica was not growing because the prime minister, who he called the chief executive officer of the country, has fallen down badly on the job.

"She is not selling Jamaica to the international community," he said. "The prime minister is not (doing) and has never done enough to move Jamaica on the international stage, so that people can say that Jamaica is a place that I have confidence in," said Holness.

"I will be at the forefront while I have 'Man O' Yard' (Audley Shaw) and others to back it up, follow it up, and work it," said Holness.

"But I am not going to lead from behind when it comes to the issue of growth of the economy and creating a favourable business environment, so that the private sector can invest," he added.