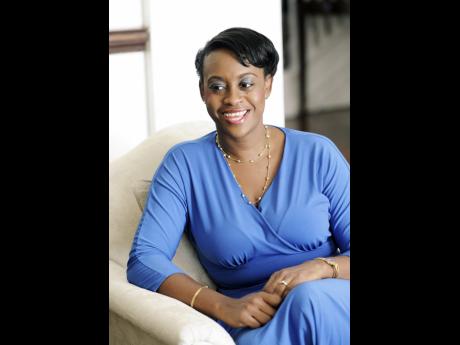 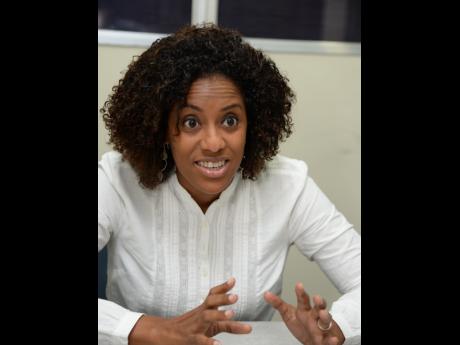 The local political platform has, without prior notice, lit up with the anticipation of a rare epic showdown between two female political debutants.

It's by no means the first such battle among striking protagonists of the 'fairer gender'. But it's not often that the wife of a party leader and the daughter of a political icon are set to clash as protagonists on a political platform.

Well, Jamaica is being fÍted with such a political treat and the ambience is set for an enthralling encounter.

Juliet Holness is the very active and engaging wife of Andrew Holness, leader of the Jamaica Labour Party (JLP).

No less engaging is Imani Duncan, a current senator, who is the daughter of reputed former People's National Party mobiliser/ organiser D.K. Duncan.

The two were constantly with their mentors in the political trenches - Juliet with Andrew in West Central St Andrew and at the JLP and Imani with her dad in Eastern Hanover.

There have been two contests involving three female trademark politicians, whose names continue to echo with admiration in the halls of Jamaica's political domain.

They are the venerable Madam Rose Leon, Edith Dalton James and Mavis Gilmour who have fought in equally classic encounters since Jamaica attained Universal Adult Suffrage in 1944.

JLP General Secretary Dr Horace Chang suggested yesterday that Holness was well on her way to becoming the candidate for the JLP to face Price in the tough East Rural St Andrew constituency.

Chang told The Gleaner that while the selection of the wife of the leader was yet to be ratified by the executive of the party, she was the only person who had signalled that she had an interest.

Political historian Troy Caine noted that Leon, a councillor, challenged Dalton James in the epic battle in the pre-Independence era of the 1940s.

"The first occasion I can recall was Rose Leon (JLP) against Edith Dalton James in what was then called Western St Andrew, in 1949 when the parish only had three seats," said Caine.

Leon first came into politics for the JLP in 1947, in the first Parish Council Elections after Universal Adult Suffrage.

Leon, who replaced E.R.D. Evans of the JLP, prevailed over Dalton James. "That was the first outstanding one," said Caine.

He recalled that the then Western St Andrew, which was represented by Leon eventually evolved into West Rural St Andrew.

Dalton James ran on the PNP ticket, unsuccessfully but her name lives on as one of the female pioneers in the PNP.

"The next outstanding one was very much in the same constituency many years later," said Caine.

By this time Leon had switched sides and was running on a ticket of the immensely popular PNP, during the heady days of Democratic Socialism.

But neither her name nor the popularity of the PNP was able to help Leon overcome Mavis Gilmour, a woman who had emerged on the JLP ticket to challenge her. "In 1976, Gilmour unseated her after one term as a PNP MP," said Caine.