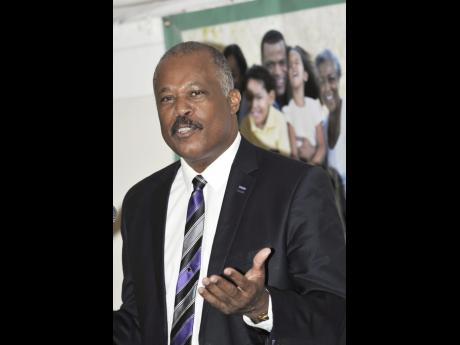 That there is a high rate of diabetes in the Caribbean and a continued increase in the non-communicable disease among Caribbean nationals does not come as a surprise to vice-chancellor of the University of the West Indies, Sir Hilary Beckles.

While officially opening the second staging of the World Family Doctor Day Conference, put on by the Caribbean College of Family Physicians at the Terra Nova All Suite Hotel in St Andrew yesterday, Beckles did not miss the opportunity to share historical musings on the conference theme regarding non-communicable diseases.

"We know that when we go behind the conversation about inactivity, diet, changing lifestyles and the narrative that says these are the causes of hypertension and diabetes, the historians would say that we have to historicise the problem and look back at what obtained in plantation society," he told the gathering of doctors.

Drawing on his vast mental catalogue of 18th- and 19th-century records of numerous slave plantations across the region, Beckles argued that the staple diet of the slaves would have pointed to a diabetes pandemic within the region.

"If you take a people and you entrap them on sugar plantations for 300 years and you feed them sugar every day, and you tell them they must eat what they grow and what they grow is sugar, and every day they are eating sugar and on top of that you feed them on salt fish and salt pork every single day for all of their lives ... what do you expect?" he asked.

According to Beckles, there was already a pandemic of hypertension and diabetes long in the history of the region.

"We are now measuring it for the first time using the markers of the medical sciences. But the historians are aware and have been aware that this pandemic is 300 years old and we understand now why at the end of this history, we are having a difficulty with salt and sugar," he said.

A 2010 study published in the West Indian Medical Journal by Trevor Ferguson, et al, supports Beckles' assertions and presents a historical view of the epidemiology of diabetes mellitus in Jamaica and the Caribbean.

"Across the Caribbean, the overall prevalence of diabetes mellitus is estimated at about nine per cent. In addition to the high burden of prevalent diabetes, there is also a high burden of complications," the study said, while noting that the prevalence is increasing at an alarming rate.

Beckles has attributed the increase in diabetes in the region to genetic factors developed from the era of colonisation.

"I am so pleased by the research being done by the psychologists which is showing that these stressors are inherited genetically, that mothers are passing on the 'sugar gene', these stressors accumulated from slavery and colonisation, and that babies are being born with propensities because of this history that we have experienced over a long period of time," he said.