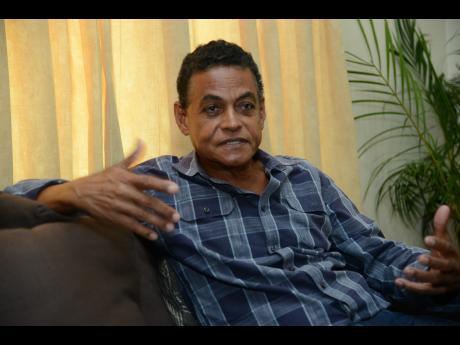 "We are going to retain all of them. We will have some challenges in a few, but I am confident that we will be returned in all of them," he said.

Speaking with The Gleaner yesterday, Arscott said that the party had already kicked off its campaign activities, but the threat of Hurricane Matthew caused some delays.

"All local government candidates are in place, and there is no mess. We still have a little issue here and there, but certainly, we have managed the process and won't have the kind of blowout that we saw recently," Arscott said in reference to the issues that marred the party's preparation for the February 25 general election.

The campaign director stated that he would achieve the uphill task by highlighting the performance of his councillors and caretakers and work done by the parish councils on a whole.

"We have done legislative work. We have done a lot of work in terms of infrastructure. We have done over 1,000km of road work; we have cleaned out drains; we completed some bus parks; and we also did rehabilitation work at Black River, St Elizabeth," Arscott, a former local government minister, said.

As it relates to the matter of the quality of candidates that will be on the PNP's slate, Arscott said that there was a mixture of candidates. He said that among the group were professionals who he claimed would bring high-quality representation at the local government level.

"We have a process that we use to vet the candidates, so it's not like we just pick up persons off the street to represent the PNP," he noted.

The issue was not one that Arscott was prepared to discuss in detail, but he said that it was his hope that Hanna would be able to show, this time around, that she could attract young people to the PNP.

"I expect her to use this campaign to demonstrate what she can do, politically," Arscott pointed out, while noting that he was disappointed when Hanna as youth minister was not able to mobilise volumes of young people to the PNP in the last general election.

Arscott also said that PNP vice-president Wykeham McNeill would play a big role in the west, where it is understood that at least two parish councils could be taken out of the control of the opposition party.

In the meantime, he noted that he would be relying on the traditional donors to the political party to help raise funds to challenge the Jamaica Labour Party in the local government election.

While acknowledging that the funds may not come easily as there are questions surrounding the party's integrity in handling donor funds, the campaign director said he would be making an appeal to the donors.

"We are discussing the possibility of naming persons who are authorised to collect money on behalf the party," he said, at the same time adding that candidates could still solicit monies for their personal campaign.