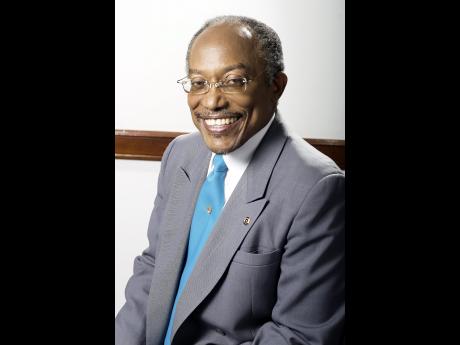 The University of Technology's appearance before the Public Administration and Appropriations Committee revealed a number of short-comings in its operations. Today, we begin an exploration of what is needed to address the concerns impacting the tertiary institution.

Professor Errol Morrison, former president of the University of Technology Jamaica (UTech), has indicated that visionary introspection is needed to remedy the host of issues bedevilling the tertiary institution.

Morrison, who left UTech in 2014 after a bitter internal struggle with staff members, was responding to a number of concerns raised about the financial affairs of the university during its appearance before the Public Administra-tion and Appropriations Committee (PAAC) of Parliament.

"Until we agree that tertiary education is more personal than public good and, therefore, must be seen and handled as a business, I don't think we are going to make the proper inroads in the tertiary landscape," he told The Gleaner.

A report submitted to the PAAC by UTech administrators indicated that actual performance in the finances of the university was projected to be below budget for this financial year.

The report also noted that the income from student fees was below budget by 11 per cent and pointed to further reductions in government subvention that accounts for 33 per cent of the university's operating cost.

UTech's acting president, Professor Colin Gyles, in his presentation to the PAAC, revealed that the university was in desperate need of an upgrade to its technical and technology-based faculties, which represent the core of its programme offerings.

He pointed to the fact that sustained year-on-year reductions in the university's revenue have hampered its ability to make the necessary investment.

According to Morrison, administrators at UTech will have to become creative in their approach to securing the critical funding needed to upgrade and expand the university.

Pointing to engagements with China and other countries while he held the reins of leadership, the renowned scientist said he had hoped those relationships would have been fostered and tapped as alternative sources of income for the institution.

"From those days we were courting the Chinese. Since the Beijing Olympics in 2008, we went to them and said, 'Look, let us start with an MOU (memorandum of understanding) which will allow us to exchange expertise in sports', and we reached a point but I don't know what happened," he said.

"We also made an outreach to South Korea because, like the Chinese, they were heavily invested in Jamaica, so we thought that was the way to go to get the investment needed for the university, but now I don't know where that has gone," he said.

Morrison further argued that UTech needs to be reoriented to leverage its key strengths in sports and the sciences.

"UTech needs to return to a vision guided by their review committee and target some proper financial input as to how best to get there. They need to relook at a lot of what they do, but at the same time UTech has a good track record for track and field ... . That is why there is a Faculty of Science and Sports, yet that is being starved of funds," he added.

Commenting on the fact that the university is yet to appoint a president almost two years after he left, Morrison said, "A visionary needs to be identified to lead the institution, someone who is prepared to put their neck on the block."