The wilderness will be temporary, Moravian minister tells hurting congregation Reverend Penelope Morgan Owens told Congregants at the Covenant Moravian Church in St Andrew yesterday that they were pressed, persecuted, punched, perplexed, but not out. - Damion Mitchell photo

But Gibson was not in church and throughout the two-hour service, his name would be mentioned only once.

That was when Kevin St Hill, one of two liturgists for the morning, sent up prayers to the heavens for Gibson; the resigned church president Dr Paul Gardner; and 64-year-old ‎Rupert Clarke – all senior Moravian ministers at the centre of a sex  scandal now rocking the denomination. "We remember Paul, Jermaine, Rupert, their families and those on the other side of this situation," said St Hill in a prayer that lasted for 10 minutes.

"We remember our leadership," he continued, "both at the provincial level and at this congregation … even when society will try to blacken them."

Before that, as churchgoers trickled in for the mid-morning service, one member would pronounce her reason for her unusually early attendance.

The woman told another she wanted to learn more about ‎her pastor who suddenly resigned as vice-president of the Moravian Church in Jamaica and the Cayman Islands three days earlier. 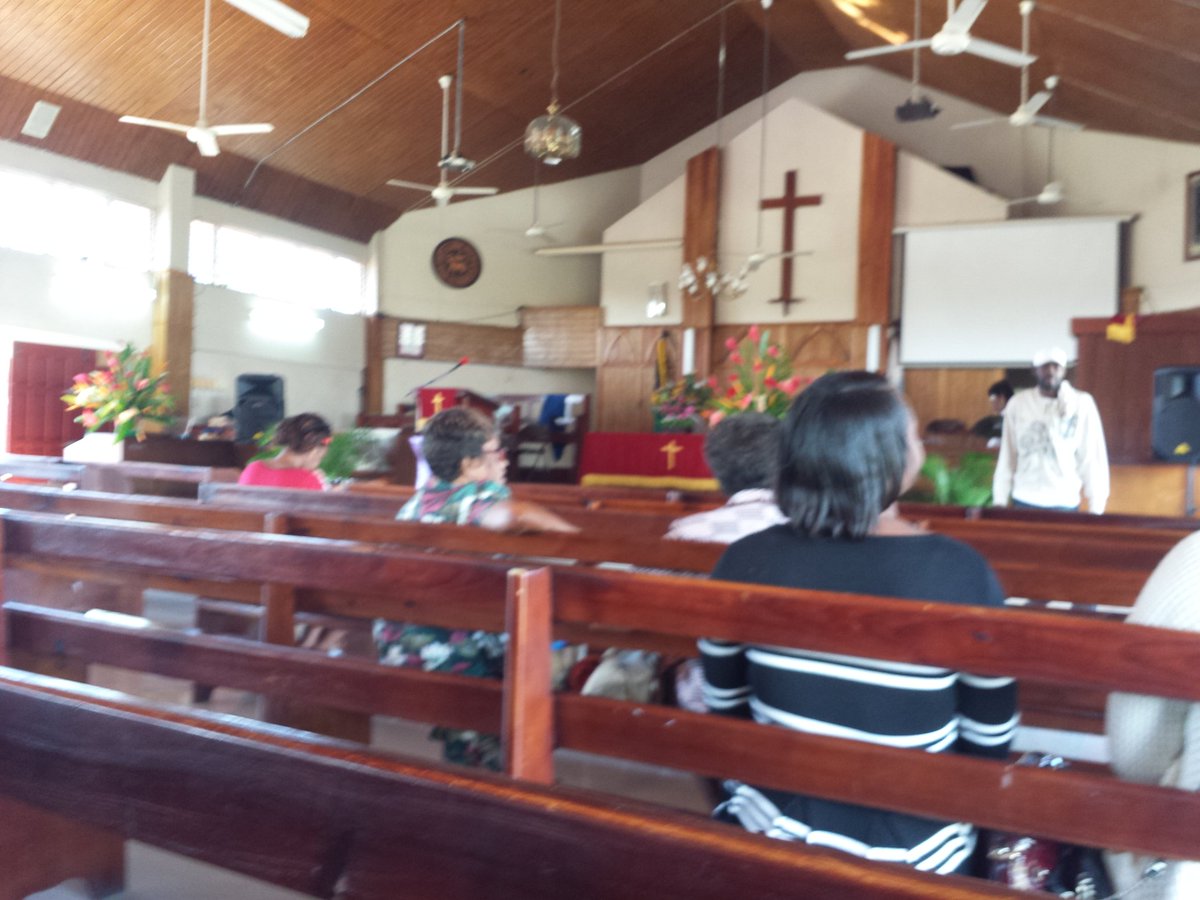 IN PHOTO: Few churchgoers seated at the scheduled 9:30 start

"It's not only in the Moravian church‎," responded a woman of a wiry frame, neatly attired in a lemon green dress.

"There are no angels among us," she continued.

It's a sentiment of which several variations would be cited from the rostrum as speaker after speaker reinforced this as a time of endurance that required strength from above.

The choruses were intercessory, ‎and the hymns solemn and sincere.

When the choir member presenting the welcome and notices took to the microphone, the anxiety hung still in the air undisturbed by the stinging mid-morning breeze that rustled loose objects as it danced through the pews.

But she would make no announcements about the scandal rocking the church, only asking members to stay back after regular service for a special 30 minutes of prayer.

"We need it, we need it brothers and sisters so that the devil doesn’t come between us and God,” she said. IN PHOTO: Congregants in praise at the Covenant Moravian church

She would also announce that the Reverend Patrick Coke would remain at the church for a while longer "under the circumstances".

Soon after, singer Garfield Reid would seek to set the stage for Sunday sermon leading the congregation through the song 'My God is awesome'. "Whatever it is that the church is going through today, it will pass," he told congregants to nods and applause.

Reverend Penelope Morgan Owens would spend the next 30 minutes delivering the sermon she titled 'Down but not out'.

"Because of what has been happening, I know many members feel down, but I want to tell you that we are not out," she said.

Owens also said although the church was aware of the devil and his "devices" it should not blame everything on Satan.

"When we are wrong, we have to take responsibility," Owens said.

"I know I am standing in front of a hurting congregation. We are damaged, we are battered, we are hurt," she said. "Pressed, persecuted, punched, perplexed, but not out!" Owens emphasised, insisting that "the wilderness" would be temporary.