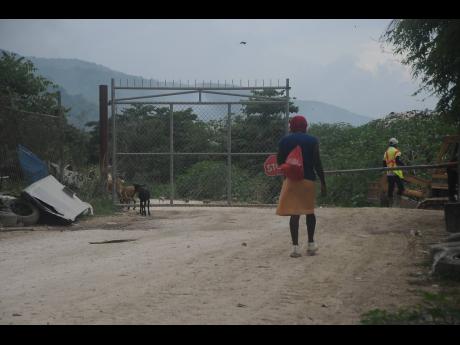 Photo by Adrian Frater
The entrance to the Retirement Dump in St James, minus any evidence of smoke yesterday. 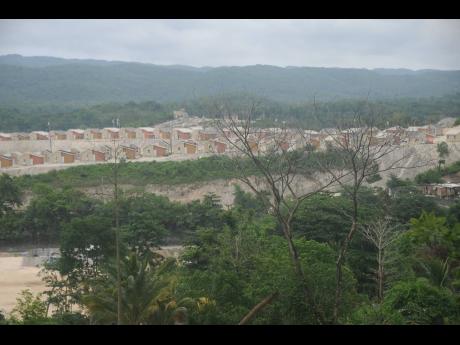 Photo by Adrian Frater
The Estuary Housing development in St James, which is less than half a mile from the Retirement Dump.
1
2

The smoke nuisance emanating from the Retirement Dump in St James has been brought under control, contrary to reports elsewhere in the media. When The Gleaner visited the dump and some of the surrounding communities yesterday, there was no evidence of the thick smoke, which was reportedly causing respiratory illness and preventing persons from carrying out domestic chores.

“We were affected by smoke on Thursday, but there is very little sign of smoke today,” a resident of the Montego West community told The Gleaner yesterday. “We can’t say we are in the clear yet because we heard that the fire is still burning at the dump and could flare up again.”

When The Gleaner went to Retirement, except for the usual swarm of flies and the musky scent of garbage, operations seemed to have gone back to normal with garbage trucks entering and leaving the site at regular intervals.

“I have been hearing the reports on the radio about this major smoke nuisance and I am happy that The Gleaner has come here to see the situation,” said Mesheck Dunkley, the supervisor at the dump site. “We had a situation here, but it is under total control.”

According to Dunkley, who pointed to a small clump of smoke towards the centre of the dump, when the wind is high, smoke is blown towards the surrounding communities, but it is not enough to be impactful.

“I would say we are 95 per cent back to normal at this time, and with the rains we have been getting, I believe it should be back to 100 per cent by the end of the day,” said Dunkley.

Yesterday, there were fresh media reports about persons in surrounding communities being seriously impacted by smoke from the dump, making life miserable for persons with respiratory illness and causing some residents to abandon domestic chores such as hanging their laundry outdoors.

However, while the authorities at the dump site are now confident that the fire, which started late last Saturday night and had several communities blanketed with thick smoke between Sunday and Monday, is now history, the Montego Bay Chamber of Commerce and Industry (MBCCI) wants measures to be put in place to prevent a recurrence.

“We need to find a fix for this situation urgently,” said MBCCI President Winston Lawson. “We cannot be thinking about a 2030 vision and saying we care about the people of this city, yet at the same time, allow a recurrence of this magnitude.

“It is a problem that is fixable ... . This requires no miracle or no divine intervention. We are appealing to the authorities, to the head of the NSWMA (National Solid Waste Management Authority), to the responsible minister, to the prime minister, please fix it,” added Lawson.

Residents of adjoining communities believe fires are being deliberately set at the dump site by persons seeking to salvage metal. According to them, things are unlikely to get better until the dump is properly secured.