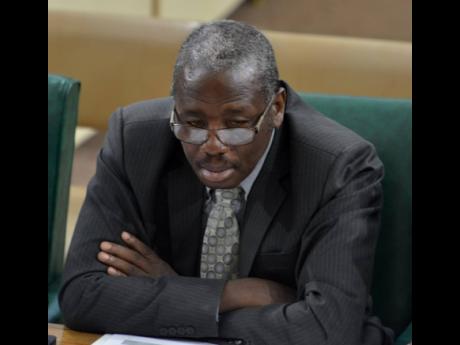 File
Dr Alwin Hales, permanent secretary in the Ministry of Transport and Works.

The Revised Comprehensive Motor Vehicle Policy for the Public Sector Circular # 8 (2003) requires that, except in the case of emergency, no ministry, department or individual shall enter into a contract for the hireage of a motor vehicle through a private rental agency or private individual without the specific permission of the Ministry of Finance.

The JUTC rented a Toyota RAV4 from Avis Car Rental for Abrahams in 2016 without permission from the finance ministry.

Hales and the JUTC management appeared before the Public Accounts Committee to answer to breaches highlighted in the auditor general’s July 2020 performance audit report.

However, Hales, the chief accounting officer in the Ministry of Transport and Mining, said that the 2003 policy did not apply to the JUTC.

He said that a revision of the comprehensive motor vehicle policy of 2017 made it very clear “from our interpretation that the JUTC would not have fallen into that oversight by the Ministry of Finance”.

Hales said he was not suggesting that the JUTC should not exercise prudence and good corporate governance in the acquisition of a rental vehicle on a short-term basis.

But McAdam disagreed strongly with Hales’ explanation, saying that the circular quoted in the auditor general’s report “expressly applies to entities such as JUTC”. He said there was no question of interpretation in the matter.

According to McAdam, the policy is applicable to central and local government entities, as well as parastatals. He said the ministry document defines parastatals as any statutory body, board, council, commission, society or other entity that is wholly financed by the revenues or other income of the Government or any company, corporation or commercial enterprise wholly owned by the Government or in which the Government has a majority shareholding.

“The circular itself clearly outlines the applicability of the provisions to JUTC, which is a limited liability company,” he insisted.

The deputy auditor general told the committee that the finance ministry wrote to the JUTC in 2012 on another car-rental issue. He said the bus company was instructed to seek permission from the ministry should a similar situation arise in future.

“So it is not a matter that the JUTC was not aware. The circular is there and certainly the instructions from the Ministry of Finance from as far back as 2012 are available to the JUTC,” McAdam asserted.

When Abrahams acted as managing director in 2016, the finance ministry approved a travelling allowance of $50,532 per month.