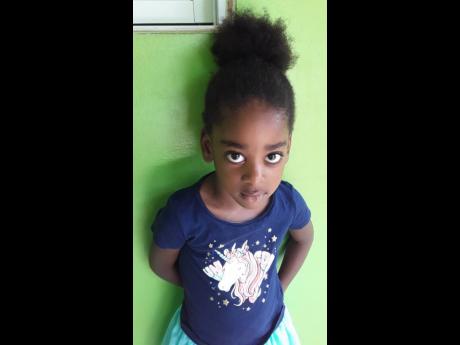 The chef and girlfriend who were charged in connection with the shooting death of four-year-old Chloe Brown were remanded when they appeared in the Trelawny Parish Court on Thursday.

Little Chloe and her father, 49-year-old Dalton Brown, were attacked in a family dispute in Freeman’s Hall, Trelawny, on January 11. Mr Brown was wounded.

The accused couple, 36-year-old Kevin Williams, otherwise called ‘Bug Head’, and his common-law-wife, Joan Turner, 42, were charged with murder and conspiracy to murder, respectively. Williams is originally from Red Hills Road in Kingston but had been living in Freeman’s Hall.

Williams and Turner, who did not have a lawyer when they appeared in court, told the presiding judge that they intend to seek Legal Aid assistance.

They are scheduled to make their next court appearance on Thursday, February 18.

The police reported that, on the morning of the incident, Brown was at home with Chloe and his common-law wife, along with two other female relatives, when he was alerted to an intruder in the house shortly after 1 a.m.

Brown tried to overpower the masked invader but the gunman opened fire, hitting him in the leg. The attacker fired another round that struck the sleeping Chloe in her abdomen.

Chloe was pronounced dead at Mandeville Regional Hospital in the neighbouring parish of Manchester, while Brown was admitted in serious but stable condition.

Investigators theorise that the attack was linked to a feud between brothers.

Williams was beaten by residents and handed over to the police.

Relatives of the deceased are hopeful that justice will be served in the Chloe’s death.

“We miss Chloe bad, but she gone ... ,” a relative told The Gleaner on Thursday.