We have plans for disabled, says Portmore mayor 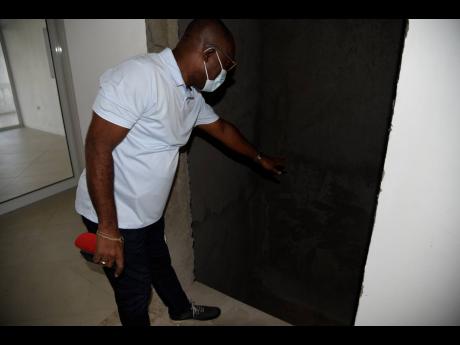 Nicholas Nunes/Photographer
Portmore Mayor Leon Thomas said on Saturday that the nearly $1 million rent forgone when municipal officials move from their current headquarters will be redeployed to purchase an elevator at the newly built structure.

The new building to house the Portmore Municipal Corporation will be occupied by the end of the first quarter this year, according to Portmore Mayor Leon Thomas.

He told The Gleaner that the first floor of the building will be occupied initially, but by January 2022, construction will be completed on the second floor.

By that time, an elevator will be installed in the shaft already built to accommodate it.

Last week, members of the Public Administration and Appropriations Committee (PAAC) castigated the municipal corporations of Westmoreland and Portmore for failing to install elevators to accommodate disabled persons who wanted to conduct business with the corporations.

“Provision has been made (for the disabled); the only thing is that the building is not yet officially opened ... ,” Thomas told The Gleaner on Sunday.

“If you look at the photograph, you see the ramp outside, and if you go inside the building, you see the elevator shaft.”

In defending his stewardship, he said that the Portmore corporation does not approve any building plan in breach of guidelines for the physically challenged.

Thomas added that an elevator will be imported.

The Portmore mayor said that the municipality was spending nearly $1 million monthly for rent at its current location. He said that when the councillors move over to the new building, the savings from rental would be redeployed to help complete the two-floor structure.