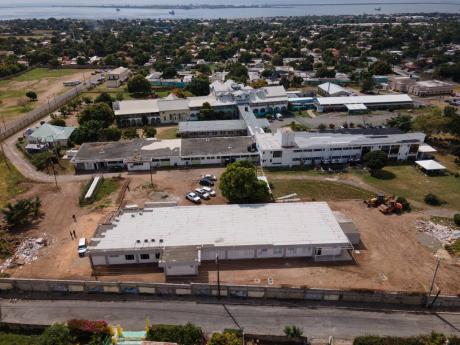 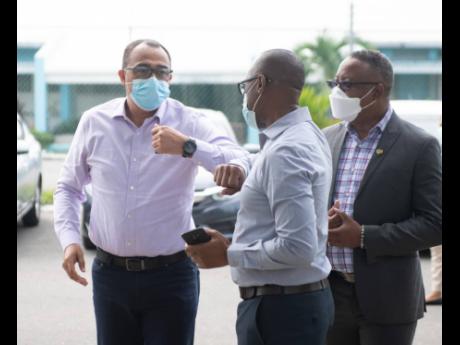 The Jamaican Government is in a race against time to bolster its coronavirus treatment capacity with almost 40 per cent, or 133, more beds in weeks as an overflow of patients and high infections among healthcare workers put hospitals on the verge of collapse.

Eighty-five per cent (309 out of 362) of COVID-19 beds across the country are occupied, with hospitalisations at a record toll of 198 as at Wednesday.

The grim news comes at the end of an unprecedented seven-day spike, with three one-day records, including a first-ever breach of 400 cases.

President of the Medical Association of Jamaica (MAJ), Dr Andrew Manning, said that he was “very concerned” about the current number of hospitalisations and called for stricter enforcement of safety protocols.

“If we continue at this rate, we are going to run out of bed space,” Manning told The Gleaner on Thursday.

“We need to adhere to the measures that have been stipulated to control the spread of this virus.”

That is compounded by a revelation by Chief Medical Officer Jacquiline Bisasor McKenzie that 23 per cent (513 out of 2,211) of healthcare workers tested have returned positive results.

Mandeville Hospital is the latest cluster of concern, with more than 30 cases among staff.

Manning’s alarm mirrors that of Minister of Health and Wellness Dr Christopher Tufton, who said the capacity deficit marked “a dangerous milestone”. Tufton warned that bed space would run out in two weeks if hospitalisations continued cantering at the current pace.

The pandemic’s roaring turn represents a crossroads in Jamaica’s capability to manage the crisis, with the 198 hospitalisations translating to a more than 100 per cent increase since February 1’s figure of 92. Eighteen persons were critically ill and 26 deemed moderate according to Wednesday’s data.

“It is not just about how many people get COVID because I think we have long established that people will get COVID,” Tufton said during Thursday’s tour of the 36-bed field hospital based at St Joseph’s Hospital in Kingston.

“The real worry is hospitalisations, and, of course, the ultimate worry is death.”

Four field hospitals, including two in the Corporate Area, will represent a pivotal injection of bed space, not only for coronavirus patients, but for those suffering from other ailments.

The Falmouth and St Joseph’s hospitals will have 36 beds each; Spanish Town, 40; and another 21 at St Joseph’s.

Furniture and medical equipment will be delivered at St Joseph’s on the weekend, and a walkway is to be constructed to connect with the field hospital.

Tufton said on Thursday that the Government was mulling over hiring more medical staff, including fast-tracking the registration and employment of nurses through the Nurses Council.

The health minister said, however, that there was a limit to the possibility of tapping medical and nursing students to support the health sector.

“From a COVID ward care perspective, you do need certified clinicians, nurses, and doctors,” Tufton said.

South East Regional Health Authority (SERHA) Regional Technical Director Sandra Chambers-Gause said a request has been submitted for additional staff, but in the interim, the hospital will mobilise the existing personnel.

Meanwhile, Chambers-Gause said that the 40-bed field hospital erected on the grounds of the National Chest Hospital in St Andrew last September would be relocated to Spanish Town Hospital.