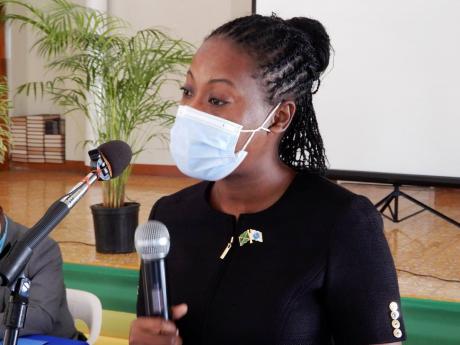 St Ann has been actively preparing for the roll-out of the AstraZeneca COVID-19 vaccine as the country awaits its first shipment, which is expected by the end of the month. St Ann’s acting medical officer of health, Dr Tamika Henry, told Thursday’s...

St Ann has been actively preparing for the roll-out of the AstraZeneca COVID-19 vaccine as the country awaits its first shipment, which is expected by the end of the month.

St Ann’s acting medical officer of health, Dr Tamika Henry, told Thursday’s monthly meeting of the St Ann Municipal Corporation that preparations were under way even as the spread of the dreaded SARS-CoV-2 virus continues in the parish.

Henry later told The Gleaner that the vaccination sites have been selected, and more than 50 vaccination officers already identified in the parish.

“We have selected some sites, which are the St Ann’s Bay Health Centre; St Ann’s Bay Regional Hospital; Ocho Rios, Brown’s Town, and Claremont health centres; and the Alexandria Community Hospital, as our main vaccination centres. We chose those areas because of existing infrastructure, as well as pharmaceutical availability that we do have on hand,” Henry stated.

She added that vaccinations will also be done at off-site locations such as nursing homes and infirmaries.

“We have formed our groups already. Each of our vaccination teams will consist of a public health nurse, a midwife, a registered nurse, a registered midwife nurse, as well as well have CHAs (community health aides) and clinicians.”

Henry said the first phase of the vaccination programme will target healthcare workers, persons in nursing homes and the infirmary, the security forces and fire brigade personnel.

A process is currently being worked out to implement that first phase.

And a series of surveys currently being undertaken by the health department is expected to boost public confidence in the vaccine and allow for a higher level of acceptance of the drug.

The survey seeks to find out what people think of the vaccine and what is causing hesitancy to its acceptance.

Henry said the health department is asking persons to think about the benefits being offered by the vaccine, which has been proven to have 70 per cent efficacy.

Henry stressed that even after getting the vaccine, people should still maintain the protocols – the wearing of masks, washing of hands and maintaining social-distance.

Since the last report tabled on January 14, the figure has moved from 869 to more than 1,100 cases, the largest increase among parishes.

Last month, Health Minister Dr Christopher Tufton reacted to the rising cases of infection in St Ann by threatening to impose tighter restrictions. Since then, the Government has imposed additional measures nationally to address the rise in confirmed cases across the island.