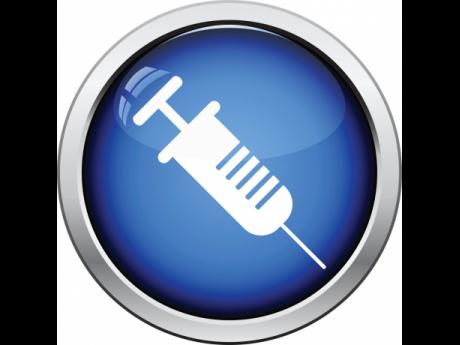 File
The HPV vaccination programme in schools was disrupted by the coronavirus pandemic in 2020.

While efforts to tackle the COVID-19 pandemic, including a focus on securing vaccines, have overshadowed the local fight against the human papillomavirus (HPV), gynaecological oncologist Dr Ian Bambury believes that the waning interest in shots to prevent this infection is because some people are still not aware that HPV can lead to cervical cancer.

Even with yesterday’s observation of International HPV Awareness Day, Bambury believes that there is need for a stronger public-education campaign about the virus.

In Jamaica, cervical cancer is the fourth most common cancer overall and the second most common in women.

A sexually active person is almost sure to be exposed to at least one of the more than 100 types of HPV. The majority of persons who acquire HPV will clear it within 18 months to two years with a healthy immune system.

“If a woman doesn’t clear the virus, then they may go on to develop pre-cancerous changes, particularly of the cervix,” said Bambury.

Screening methods like a Pap smear can detect pre-cancerous changes, but Bambury suspects that such examinations might have taken a back seat due to the focus on COVID-19.

Women are advised to get a Pap smear done annually once they become sexually active or when they reach 21.

Because HPV is a sexually transmitted virus, some parents refused to have their children sign up for a HPV vaccination programme introduced in secondary schools by the Government in 2017.

“There was reluctance on the part of the parents ... [and] some teachers, and this is because, I believe, that they wanted more knowledge, more education about the HPV vaccine before they subjected their children to taking it,” said Bambury.

He theorised that there is more hype about the COVID-19 vaccine because the benefits of the HPV vaccine are not immediate.

“When you give the vaccine to young girls, they are not going to see the [benefits] until years down the road. That’s the problem. It’s not like, ‘Okay, let me give a vaccine now and then tomorrow you are going to see a change’,” he said.

On March 4 every year, attention is focused on steps to be taken to prevent cervical cancer as well as to highlight the dangers, signs, and symptoms of HPV.