Hop off the PM’s back! 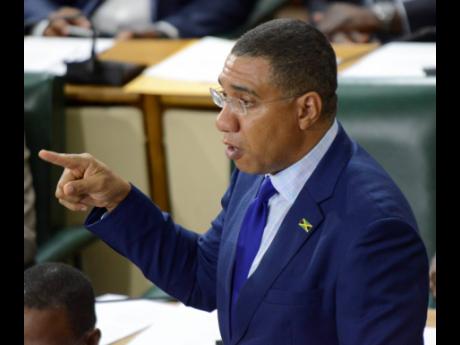 The delay in the releasing of the prime minister’s integrity report has provided a unique insight into one of Jamaica’s biggest problems – ‘bad mind’.

When one looks back at the ensuing contrived furore over the release that certain people thought took too long, only one conclusion can be drawn: that those calling for it were motivated by the hope that the prime minister’s finances would contain something off, which they could latch on to. That didn’t happen.

Some of the so-called civil-society groups who were behaving like Andrew Holness was a crook aren’t satisfied, so they are going back all the way to 2017! These people don’t know when to quit – especially that organisation led by that reformed communist and self-appointed corruption czar, Trevor Munroe. He is one of the most transparent hypocrites alive. He deserves the Nobel Peace Prize for hypocrisy! We are all watching his selective outrage.

These bouts of indignation are becoming stale and pathetic. But if one looks at it properly, a pattern emerges – one that has been used successfully in the past against Labour Party leaders. But this time, it won’t work.

It’s quite clear by now that nothing that Holness does will ever be acceptable to these political arms of the PNP called civil-society groups, who believe their party has a God-given right to rule this country.