Doctor's Advice: 'He says I am not normal' 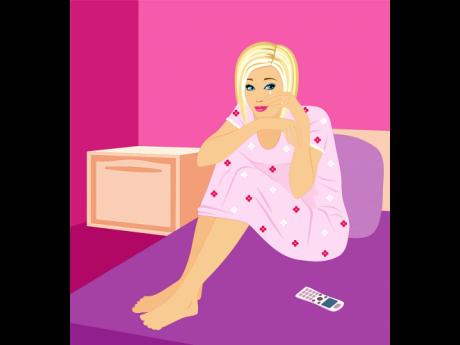 Q: Hi, Doctor. I am female, age 20. My boyfriend has been telling me that he doesn't think I am 'normal' in bed. This has really annoyed me.

The reason he is saying this is that he thinks women should scream and shout loudly whenever they orgasm. He says that his previous girlfriend did this.

I am not like that. I only recently learnt how to climax, and the fact is that I do not make much of a sound when it happens.

Does this mean that I am abnormal, as he claims?

A: Well, your boyfriend clearly does not have much experience of women. The fact is that some females make a lot of noise and some don't.

Screaming out loud is commoner in more mature ladies; that is, those who are in their late 20s or 30s or beyond. This seems to be because a woman who has had time to become more familiar with her body and its reactions can often really 'let herself go'.

The fact remains that in all age groups, some females do orgasm quietly. That is how they are - and there is nothing abnormal about that.

So, please pay your boyfriend no mind. If he wants a woman who screams the house down, then maybe he should find himself a next girlfriend.

To my horror, on the last occasion, no sperm came out. I could not believe it!

Have I done myself some harm, Doctor? Could it be that I have somehow exhausted all my supplies of sperm?

A: Quit fretting. You are perfectly alright.

What you experienced is called a 'dry orgasm'. It is a common phenomenon, and if you look up those two words on the Internet, you will be offered well over 900,000 sources of advice - some of which are a little misleading.

Some of them talk about dry orgasms being due to disorders of the prostate gland, or to the effects of surgery on the male reproductive system. But that stuff only applies to middle-age and elderly males.

In young men, the only common cause of dry orgasm is the situation where the guy has temporarily run out of seminal fluid because of the fact that he has had two or more climaxes in quick succession. That, of course, is what happened to you.

You see, the testicles and the other parts of the male sexual apparatus can only manufacture a limited quantity of 'man fluid'. When they have produced all that they can, the flow will stop - until they have had time to make some more.

It is very like what occurs when the reservoir runs dry - so that no water is available for a while. Nothing happens when you turn on the tap.

For completeness, I must add that there are certain drugs and medications which can cause dry orgasms, but it does not sound as though you have been messing around with drugs, so I think we can forget that idea.

In summing up, your body is not a machine. It does have its limits, so you have to give it a chance to recover from sexual activity.

Q: I am confused by my menses, which started four years ago. Can you help me, Doc?

Sometimes it comes on the 12th of the month. At other times, it comes on the eighth, or even the 17th. Occasionally, I bleed in between the periods - just for a day or so.

Have I got something wrong with me?

A: I do not think so, but like many young women, you have got a little confused about your dates.

I guess you are around 17 or 18, and maybe no one has explained how to calculate those dates.

What teenage girls should do is to get themselves a diary - or maybe a calendar. Whenever you bleed, make a mark in the diary or on the calendar. Some women write a 'P' for period or an 'M' for menses. (Alternatively, you can record the dates in your phone or other electronic device.)

What you will now have is a clear, written record of your menstrual cycles. You should keep this going for the next few years. The record will enable you to see, at a glance, precisely how far apart your menses are. It will be immediately obvious whether they are irregular or not.

Also, if you go to a doctor, it will be invaluable for her to be able to look at your menstrual chart - and to see immediately what has been happening.

Based on the information you have given me, I do not think that you have anything to fret about, but if you ever bleed between the menses again, please get a check-up from a doctor.

Q: Doctor, I am 21-year-old male, and without much experience of sex. But now I have a beautiful girlfriend and she is trying to teach me about it.

The only problem is that whenever I try to put on the condom, I immediately lose my stiffness. Why is this, please?

Am I allergic to rubber?

A: No, you are not. It is common for young men to lose their erections when they try to put on a condom. Indeed, this is so widespread that there is even a name for it - 'condom collapse syndrome'.

It is just caused from nerves. In other words, the guy finds that the stress of trying to get a condom on to his organ is so great that his nervous system says, 'Gee, I can't cope with this!' And the erection promptly disappears.

All experts seem to agree that the answer to this problem is to ask your partner to put the condom on to your organ. Almost always, the sight of a pretty woman unrolling a condom on to the penis is enough to ensure that the guy's firmness is retained.

Q: If I go on the Pill, will that give me a bad complexion?

A: Most unlikely. A few young women do develop facial spots soon after starting on the Pill, but the answer to that problem is simple - switch to a next brand.

Q: If I go to a bar and have a few drinks, I often find that I cannot have sex with my fiancÈe. Why is that, please?

A: It is because alcohol is the 'enemy of erection'. As William Shakespeare said, it makes a man keen to have sex - but often takes away his performance.

The remedy is to cut down on your drinking!

Q: Is it OK to use tampons, Doc, even though I have never had sex?

A: Yes, it's fine. Just follow the instructions on the package leaflet, and make sure that you take everything gently whenever you put a tampon in and when you take it out.

- Email questions to Doc at saturdaylife@gleanerjm.com and read more in the 'Outlook Magazine' tomorrow.