Dior sings the blues while stars flock to the show 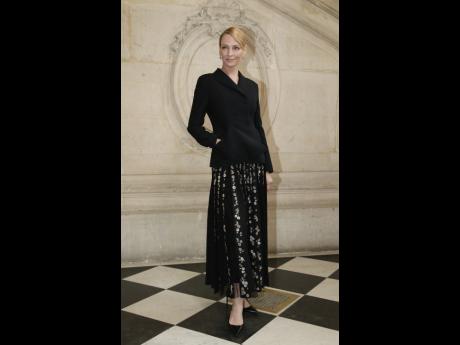 Attendees Kate Moss, Rosamund Pike, Uma Thurman, Sienna Miller and a tardy Rihanna, ensured that Dior's was the most attention-grabbing on the fourth day of fall-winter 2017 collections. 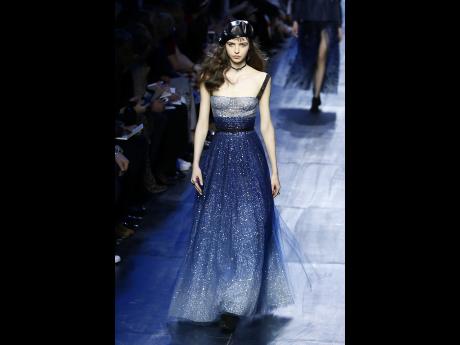 "Among all the colours, navy blue is the only one which can ever compete with black, it has all the same qualities," Christian Dior wrote in The Little Dictionary of Fashion.

Chiuri delved into the 1949 Dior archives with her label's founder to produce a wearable display that reinterpreted the famed 'Chevrier' look in jackets, skirts, bomber jackets and capes done in various in shades of blue.

There was much nostalgia to the retro gowns, which often were ankle-length, gathered at the waist and topped with the classic post-war beret rendered in leather.

Ample hoods that defined many of the looks were inspired by the "tunics of pastors."

But the bygone days were shot with the contemporary.

The hoods came across streetwise and sporty.

And velvet, taffeta and other luxury materials popular in the era of Monsieur Dior were made transgressive by sheens, cosmic embroideries and appearing alongside humble denim. (Blue, the program notes highlighted, was the colour of royalty and the working man.) 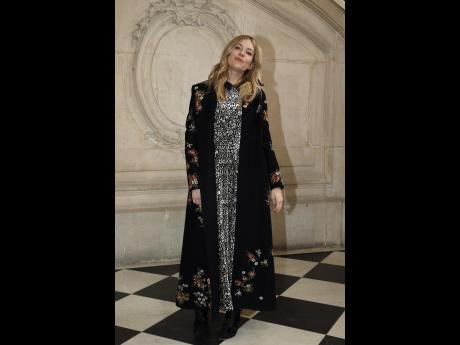 Sienna Miller goes back to Boho

Miller, who's moved away from her haute-boho style in recent years, seems to have reverted back to her once-signature look thanks to Chiuri.

The fashion-conscious actress hit Dior's Rodin Museum show in a floral high-necked gown from the house's spring-summer collection, and twinned it with an oversized black boho coat with intricate embroidered flowers.

"It's beautiful. This is her last collection obviously, there's only one and I love it," Miller said of the garment.

The actress didn't show an ounce of fatigue after having jetting over from Prague, where she wrapped her latest film "The Catcher Was a Spy" with Paul Rudd. It's a true story about a major-league baseball player, Moe Berg, who also worked for the Office of Strategic Services. 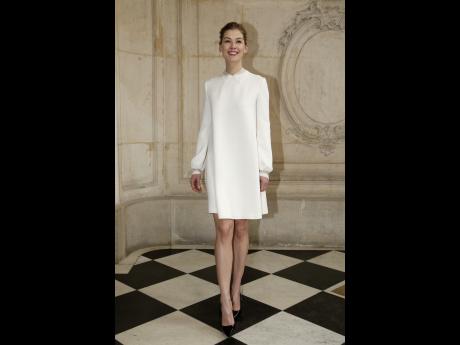 She won an Oscar nomination in 2015 for her dark role in thriller "Gone Girl."

And after a calmer period, this year looks like Pike is back and busier than ever with several films in the pipeline.

Both movies are heavy and gritty, genres Pike seems to relish.

"It's about letting out the crazy. Someone's got to let you do it sooner or later. I channel the dark side easily," she said.

"This is the first time I've been to a Maria Grazia show, so I'm very excited. Dior's just elegant, fun, and wearable and it's the definition of femininity for me."