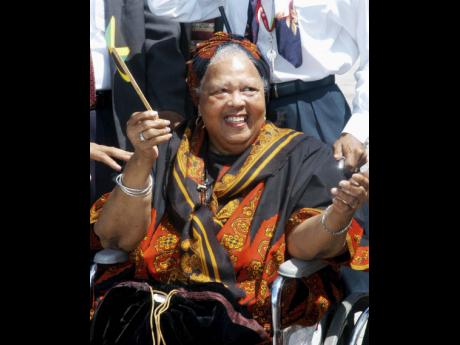 A consequence of globalisation is the introduction of different cultures to Jamaica, and the traditions associated with them. But that is not always a bad thing, experts are saying.

Dr Deborah Hickling did her PhD in Cultural Studies from the University of the West Indies (UWI), specialising in the creative economy with emphasis on media and communications (TV). She noted that in the 30 years since the term globalisation became popular, its manifestations have evolved and have affected our 'ways of being'.

"At the most basic level, globalisation - and in particular a main characteristic of that process, access to technology - has caused or influenced changes in the ways in which many of our people dress, eat, think, trade and communicate," she said. Dr Hickling cited many examples of the changes in those 'ways of being' as a result of adopting and adapting 'traditions' from across the globe.

"Easy and obvious examples would be the fashion trend of our young men wearing their trousers at their knees, where underwear has become outerwear," she said. Others include the increasing prevalence of the celebration of Halloween among our children and the significance of Thanksgiving and the equation of 'news' with 'gossip' and conjecture in some quarters. At the same time, she feels we have a special 'Jamaicaness' that the world has gravitated towards.

"Jamaican music's influence on popular culture in Japan, for example, is remarkable," she said. "In Ghana in West Africa, in a small village called Kokrabite, I found a sign inviting people to a cultural centre named in honour of 'King Yellow Man'."

When asked if Jamaicans were better off for being exposed, Dr Hickling opined there was no 'yes' or 'no' answer.

"It is much more complex than that. The better answer would be that life as we know it is different," she said. Dr Hickling noted, for example, that many processes in business and daily life have changed, providing us with opportunities to be more efficient, and to interact and transact differently.

"Times have changed and we have to live in the present for better or worse." Dr Hickling doesn't believe Jamaicans are as out of touch with their traditional art forms as some think.

"To kill an animal to put the blood in the foundations of our new buildings to appease ancestors is still widely practised," she said. "Many still pour water or provide libation for departed ancestors outside their doors. Some may do it surreptitiously, but it is still done all across Jamaica."

legacies to build on

Cultural icons such as Miss Lou and Dr Olive Lewin have passed away, but Dr Hickling believes we must not only build on their legacies but should also remember what they and other cultural heroes did in their time, and what they represented for our time.

She called for a deliberate and concerted effort to present our traditions and the positive, Jamaican, traditional values we want to see as part of our society, to our people. This would require greater emphasis on creating content that is as pervasive, accessible and attractive as the ones that society deems negative and what is imported.

"We need to realise that the very nature of 'globalisation'... makes it possible for many more Miss Lous and Olive Lewins to emerge into public view," she said. "The technology and reach allow more people to produce, record and distribute more cultural and creative products much more prolifically than they could."

Dr Hickling said Jamaica needs to integrate the technology, skills, culture and traditions into the widest range of contemporary products, so that this generation will enjoy and learn. She also wants Jamaicans to "tell the stories".

"Use the media to tell the important stories about our history, our development, our communities, our people," she said. "We have to tell our stories or they will die with generations past."