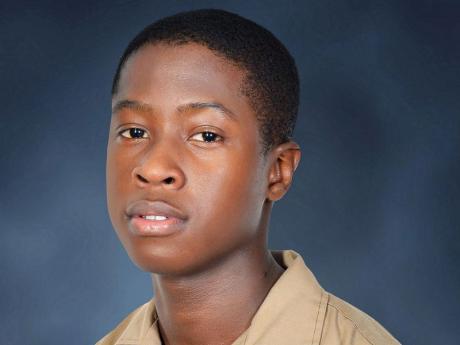 Four years ago, 10-year-old Wajay Jonas made a bold move. Motivated by the poor sanitary conditions at his then primary school, Rock River, Jonas set out to make a change by writing to corporate Jamaica, hoping the sector would have heard his plea.

"I realised that the pit latrine at the school was not safe. Students would stand on it and I was afraid they would fall in. I wouldn't use it because of that, and I had to wait until I got home in the evenings. As deputy head boy, at the time, I thought I needed to do something about it," Jonas said.

Under the watchful eye of his mother, Lisa Williams, Jonas wrote four versions of his letter, before getting it right, to be sent to numerous corporate companies across the island.

"I heard back from several of the companies, who said they weren't able to help, but wished me luck with what I was going to do," he said.

In 2012, his letter reached Digicel Foundation, which committed to building a new bathroom block for the school. Jonas, who now attends St George's College, was excited for his former school. "I was very happy when I heard, and very shocked, because it was so long ago. I just wanted them to get it really quick," he said.

Jonas is now considered a local hero by his community and past school. He said the experience has taught him many lessons.

"It has inspired me in knowing I can do just about anything to help anyone, and to put my mind to the task I'm given. I will carry this with me for the rest of my life," Jonas said.

With a love for science and mathematics, Jonas aspires to become a hydrologist and, according to his mother, he has shown the potential to become a leader in any field.

"Jonas is a bright and considerate boy. When he decided to write the letter, I wasn't surprised because he has always shown leadership skills through his extracurricular activities. When he was in the 4H Club, he built his own poultry farm and won various awards," Williams said.

The bathroom block at the Rock River Primary was recently completed by Digicel Foundation, in partnership with Food for the Poor and the National Education Trust, and will cater to more than 900 students at the institution.