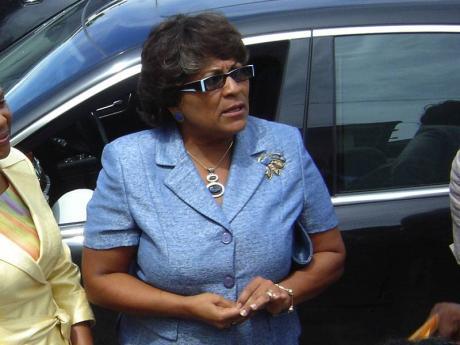 File
Dalrymple-Philibert ... We need to settle down and do the work.

South Trelawny Member of Parliament Marisa Dalrymple Philibert Sunday night delivered a sobering address to Labourites in Christiana, Manchester, telling them that hard work and unity are necessary for the Jamaica Labour Party (JLP) to win the next election.

"The heights by great men reached and kept were not attained by sudden flight, but they, while their companions slept, were toiling upward in the night," she recited.

"We need to settle down and do the work ... It is time for us to toil for a better Jamaica. If we do the work we will form the next government," she said.

The Opposition MP said that the economy has been tough and the way it is being managed has made life harder for Jamaicans.

According to Dalrymple Philibert, in her own constituency, some people are only able to send their children to school two days per week, and independent people are now turning to her for assistance.

"There is strength in unity, let's us unite, let us save Jamaica," she told Labourites.

Shaw, meanwhile, used the words of his six-year-old daughter,  Kristiana, to explain the state of the nation.

"The base is not stable," Shaw said while telling Labourites of an explanation offered by his daughter at school when she discovered that artworks were falling from a platform on which they were placed.

"Since they have been in power,  poverty gone up again," Shaw said of the PNP.

Like Dalrymple Philibert, he said people who have never asked him for an ice mint are now begging.

"What the PNP government has brought upon the people of Jamaica is unforgivable," Shaw said.