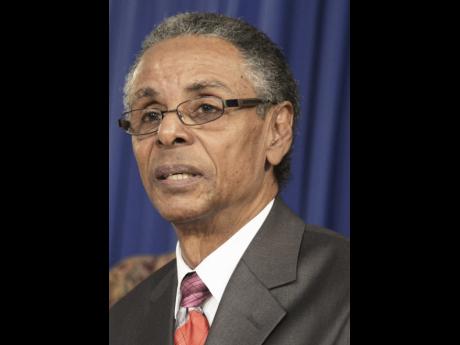 The House of Represent-atives on Tuesday passed a bill to empower the administrator general to distribute assets worth millions of dollars to beneficiaries of deceased persons more easily.

Attorney General Patrick Atkinson, who piloted the bill to amend the Administrator General's Act, said it was the policy of the Government - both in cases where persons die intestate (without leaving a will) and also in cases where they leave a will - that the framework for the distribution of assets be radically reformed.

"The problem is so egregious that you don't have one or two but several cases where [distribution of] estates are being delayed for up to 25 years," Atkinson said.

The Administrator General's (Amendment) Act 2015, which has already been passed in the Senate, is expected to assist in clearing the backlog of estate matters. Additionally, it is expected to effect far-reaching changes pertaining to how persons can inherit land and benefit from the Government's land-titling programme.

Atkinson said it is hoped that the bill will not only lead to a reduction of backlogs in the courts, but will also release valuable assets "that could be used to advance the economy".

Noting that the law was first passed in the 1873, Atkinson said that the need for significant reform was "evident by lengthy delays in processing applications for the distribution of estates".

"A significant number of parcels of lands and assets to be inherited, such as money in bank accounts remain in limbo for very long periods without being transferred to beneficiaries," Atkinson said of the current system.

The bill gives the administrator general expanded powers which, Atkinson said, will allow for the settlement of more than 3,000 estates and, in so doing, improve efficiency of the office.

Member of Parliament Ronald Thwaites, while supporting the bill, said: "It only has great merit if it is followed up by far more comprehensive legislation in respect of probate administration."

He said the aim should be to have properties distributed within six months after a person has died. He added that his constituency stood as an example of an area where property had been tied up in administration.

"Our laws in respect of probate and administration drive people into the informal economy. Nowhere is it more true than the constituency I have the honour to represent, where two-thirds of the properties have registered titles [belonging to persons] who are either dead or have gone abroad and have no interest, and where squatting has become the order of the day," Thwaites said.

Land Minister Robert Pickersgill argued that the bill had been tailored to address the peculiar social and cultural and economic realities of Jamaica as it related to the passing of property from one generation to the next.

Pickersgill said the current law was "anti-poor", arguing that, when an estate remained unadministered for decades, it became a lengthy and costly exercise for a small landowner to "wade through the legal quagmire to obtain some document to prove that he owns the land so that he can successfully register his land. Little wonder that they often give up this pursuit and, as a result, nearly half of the more than 800,000 parcels of registered lands remains in a state of dormancy for decades because of the inability to formally distribute them to beneficiaries".