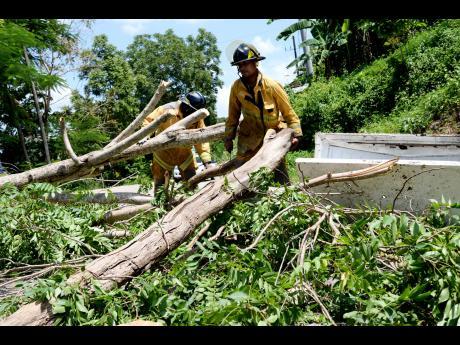 Upset residents of Prickly Pole district in Claremont, St Ann have reportedly mounted roadblocks in the community to protest the decision of the firing of Vinette Robb-Oddman as chairman of the Prickly Pole Primary and Infant School.

Head of the St Ann Police, Senior Superintendent Wayne Cameron, says persons on the area have used trees and other debris to block roadways in the communities.

He says the police have sought the help of the National Works Agency to clear the roads. Education minister Ronald Thwaites said her actions are contrary to the high standards of superintendence required of a School Board Chairman.

She has come under fire for her decision to take students from the St Ann school to participate in a political protest.

The controversy deepened when word came that an 11-year-old student, who reportedly left the school to participate in the protest, fell ill and later died.

Robb Oddman has maintained that the school girl did not participate in the demonstration which was staged to protest claims made by South East St Ann MP Lisa Hanna that nearly $3 million was spent on paving the schoolyard.

The school board insists this work was not done.